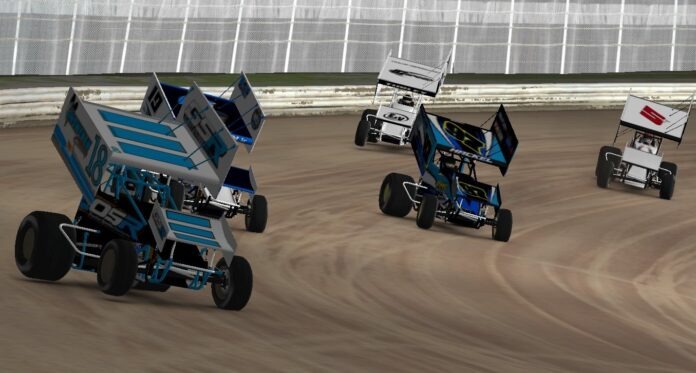 For Loveys it came down to the final lap holding off teammate Troy Wagaman Jr for the win. “I had to switch up how I did the restarts cause Troy is good and I needed to get some distance,” Loveys noted, “He likes to do what I call Wagabombs and I didn’t want him to get close enough to try.”

Wagaman did try down low going into turn three on the last lap, but Loveys also went low to slow the pass. “Yea, Kevin knew what he was doing. I missed that last restart and just lost to much ground,” the 410 Pa. chauffeur said, “I think if I stayed up on the cushion maybe I had a chance. But, it was a good run and congrats to Kevin.

Albany-Saratoga Big Block driver Bobby Hackel got his first podium finish of the year. “It felt good to final get a podium in the ESS league, I love to do it in a real ESS show now,” Hackel said who also he wheeled a winged sprint car, “The track was tricky tonight, you had to be aggressive but also defensive as if you made a mistake the guy behind you could get a good run.”

Winning the heats were Loveys, Stevin Goldner, Bailey and Turley. The B-Main was won by Brett Wright with Loveys fast time. A total of 33 sprints were in the pits for round #6.