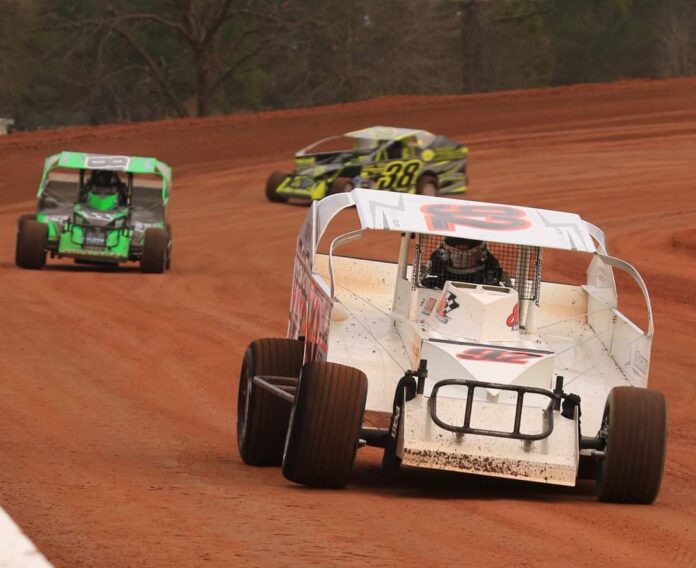 NICHOLS, SC – The second annual “DIRTcar South of the Border Showdown” returns to Lake View Motor Speedway in South Carolina for three nights (Wednesday to Saturday, Feb. 2-5) featuring the DIRTcar Sportsman Modifieds. More than $27,000 will be paid out across the three nights of Feature action.

New to the event in 2022 is the third day of Feature action and the winner’s check increases each night. The first night will pay $1,000-to-win, the second will pay $2,000-to-win and the third will pay $3,000-to-win. Drivers will also get a night of practice before the three Feature nights.

“When Scott Tripp reached out to me to run a DIRTcar Sportsman Modified show last year, it was a pleasant surprise,” said DIRTcar Northeast Series Director Dean Reynolds. “With him and his partner, Tim Clemons, both from New York, they knew what they wanted to do. We all immediately went to work and it was just a great event. With 40 cars going, we knew the competitors wanted it as well. We are back and with an extra day, it’s just going to be that much more special.”

Southern race fans got a glimpse of the wheel-to-wheel action the Sportsman Modifieds produce during the Drydene World Short Track Championship at The Dirt Track at Charlotte in October. Identical to the Big Block Modifieds, the Sportsman Modifieds differ in that they are powered by the Chevy Performance 602 Crate Engine. But the racing produced by them is still a sight to be seen.