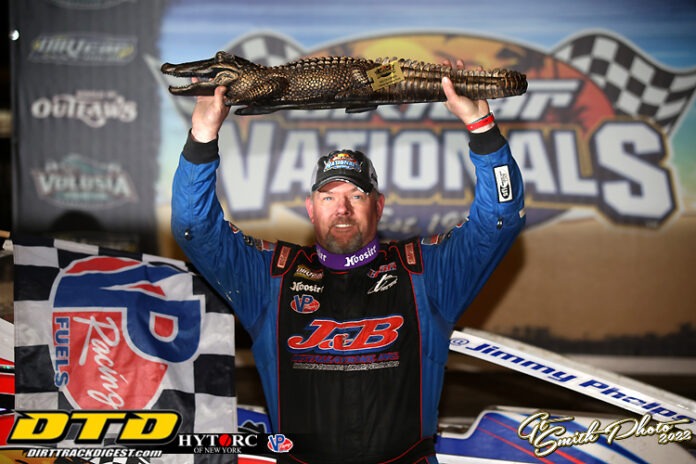 WEEDSPORT, NY – After more than two decades of competing in the world of Super DIRTcar Series racing, Jimmy Phelps is still taking notes.

The veteran driver, of Baldwinsville, NY, finished third overall in Series points after what he called a “roller coaster” season.

He started off the year strong, winning his first DIRTcar Nationals Big Gator title at Volusia Speedway Park in February – and will contend for another one during the 52nd DIRTcar Nationals, Feb. 15-18, 2023 – but the Series’ regular championship season started slower than he wanted.

“We dug ourselves into a little bit of a hole early on and then had to fight our way back out of it,” Phelps said.

“The Baldwinsville Bandit” was consistently competitive, notching 11 top-10 finishes and three top-5 finishes. Then, on Aug. 15 at Weedsport Speedway, everything seemed to align as Phelps claimed his first points-paying win of the season – and first since 2019 – during the opening night of SummerFAST, giving him much needed momentum. He credits his car being more mechanically advanced than before for his success.

“We’re learning a little more what these cars want than we had been in the last couple of years, thanks to being around some good people that are dedicated to trying to get us up front,” Phelps said. “I gotta thank everyone for that.”

Not alone in his efforts, the #98H also has the extra advantage of 22-year-old Heinke-Baldwin Racing teammate Max McLaughlin to bounce ideas off of.

“Max is a smart kid,” Phelps said. “He’s still young. He’s been able to embrace this new era of Dirt Modified racing probably a little easier than I have. He doesn’t have as many bad habits as I probably have. So, it’s been a little easier for him to adjust to it.

“He’s been doing this long enough now that he’s got a pretty good notebook and he’s got a really good feel. It’s nice to be able to bounce stuff off each other. If he tries something and he likes it, we can kind of go there and vice versa. So, that’s been a huge help. That’s been something that I think has helped both of us.” 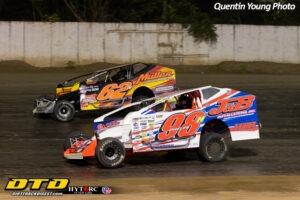 Phelps will spend the off-season channeling his focus on his set up to be ready to achieve the primary goal he still has on his mind.

“We started finding a set up and some stuff that was getting me comfortable, getting us pretty consistent, qualifying well, and I think over the winter we’ll spend some time working on trying to learn why it was working for us and then see if it will help us find that little bit more speed we are going to need to chase a championship,” he said.

Phelps realizes a title run consists of more than just winning races. Looking ahead to next season, Phelps has a simple strategy for accomplishing his goals. 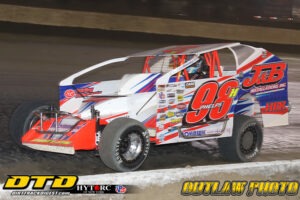