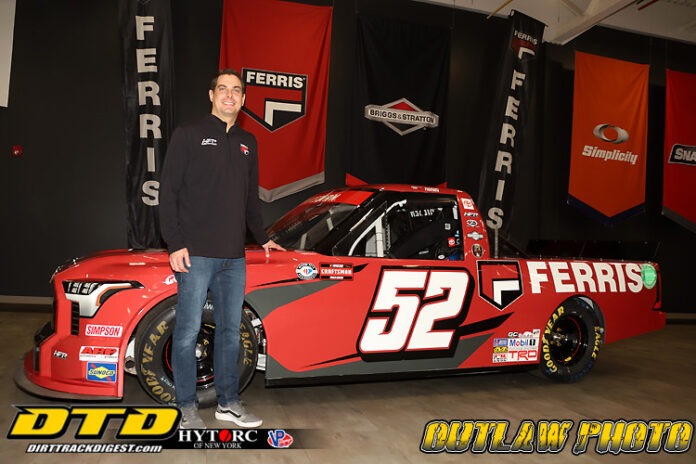 SHERRILL, NY – A dream became a reality on Thursday morning.

The late Bill Shea had long dreamed of having Ferris Industries on the side of racing team car in NASCAR.  That dream came to fruition last season when Ferris Industries, a Briggs & Stratton®  brand, partnered with Ty Dillon to compete in three NASCAR Cup Series events.  This year, that sponsorship will grow.

On Thursday morning Ferris announced a partnership with Halmar-Friesen Racing for the 2023 NASCAR Craftsman Truck Series. The centerpiece of the partnership is the No. 52 truck driven by Stewart Friesen which will be sponsored by Ferris. 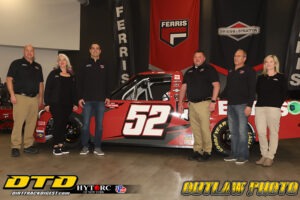 The announcement was made at the Briggs & Stratton facility where Ferris Mowers are engineered and manufactured.  It’s a true New York connection.

The links between Ferris and racing run deep. The company’s patented suspension system is inspired by stock car racing. That suspension system is unlike any other in the outdoor power equipment industry and is prized by lawn contractors for its comfort, traction and mowing efficiency.

“We’re excited to expand our involvement with the racing community this year by partnering with HFR, Stewart Friesen and the No. 52 truck,” said C.J. Wam, senior director of marketing at Briggs and Stratton. “Given that race car drivers and lawn contractors alike are always looking for the best possible ride, the partnership just makes sense.” 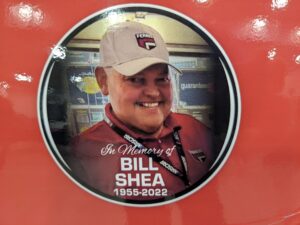 A smiling Friesen told Dirt Track Digest, “This is super cool to be racing and representing the Northeast fans and now Ferris and the employees. Being part of the local community will be cool.”

Continuing he said, “This was Bill’s (Shea) deal. He kicked it off. I am sad (that Bill passed) as I was really looking forward to going racing with him. We were ready to have a lot of fun together. I will be racing to honor him as best as we can. Bill and I have talked about this happening for a couple of years.  Bill wanted to get Briggs and Stratton back into NASCAR again.”

This venture was a long time dream of Bill Shea and this year the truck team will vie in a half dozen NASCAR races.

They will start off in Texas on April 1 as Stew said, “It is timely that we are starting there because Bill and Ferris were there last year with Ty Dillon.”

A week later, on April 8, it will be off to the dirt of Bristol.

Friesen said, “It will be huge to get back on the dirt track as in 2016 that is what got us going as we started in Eldora.”

May 20 will be a new track as North Wilkesboro is rejuvenated and Stew noted, “I had my fingers crossed that we would be going there with the truck after they brought it back.”

St. Louis, World Wide Technology Raceway on June 3 will be the fourth race on the schedule and Friesen enjoys running there, explaining, “This is a stand alone race for the trucks and the fans pack the place.”

Nashville Superspeedway is next on June 23 and the five year veteran of the truck series said, “It’s a fun race there and it is good to be there as it has been off the schedule for a while, but we’ve had some fun celebrations after picking up top fives there.”

Finally, it is only fitting that on August 27 the Milwaukee Mile is the finale for the new partnership.

Friesen said, “The track has great history, but also we are right where Ferris is located,” allowing employees to see their sponsored truck in action.

The company is headquartered in Milwaukee so it is anticipated a huge Ferris following will be at the speedway.

This partnership is a perfect fit as Director of Marketing Wam said, “This fit could not be better.”

She felt that Stewart Friesen would be a solid representative for the brand and noted, Ferris was “truly excited” over the venture.

Throughout the upcoming season the Ferris Motorsports Promotional team of C.J. Wam, Bill’s son Brad, who is the Regional Sales Manager of the Northeast and Shane Andrews (Territory Sales Manager) will be traveling with the team to the NASCAR events to greet numerous core clientele, customers and employees.

Shane, who is a long time friend of the Shea family said, “I am honored and humbled to be part of this as it was Bill’s dream.” 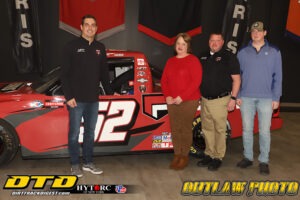 The red No. 52 will be on a half dozen speedways this year and hopefully the Ferris-Friesen relationship will grow in the future.

However, the present is all that matters at the moment.

Bill’s wife Kim appropriately summed it all up by saying, “This is the fulfillment of Bill’s life long dream.”

It is so sad that he wasn’t able to witness what he worked so hard for during the past few years, but Bill will not be forgotten.

Friesen wants to do Bill Shea proud and you have to feel that he will do everything in his power to accomplish that goal.