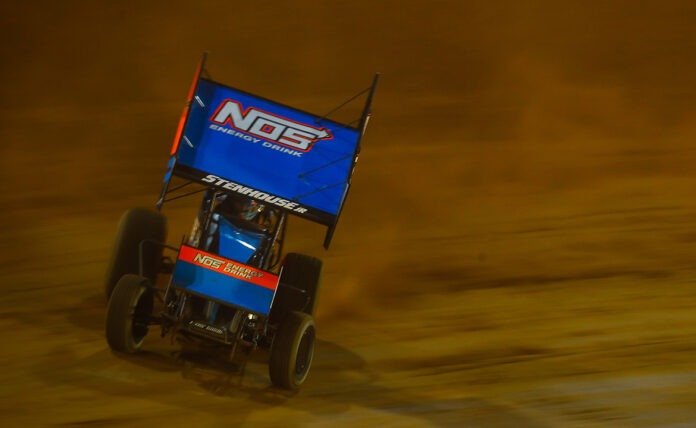 BARBERVILLE, FL– History will be made at Volusia Speedway Park with the inaugural Germfree Southern Sprint Car Shootout, Jan. 26-28, and some of the biggest names in Sprint Car racing are set to join the field.

The event will mark the United Sprint Car Series’ first time back at Volusia in 18 years and give fans the chance to see Sprint Car racing at the track for the first time in January since 1987.

More than 30 drivers are currently expected to attend the event, representing 14 states and three countries – the United States, United Kingdom and Canada.

They’ll all gather in Barberville, FL for a $3,000-to-win prize Friday, Jan. 27, and then an impressive $5,000 top prize on Saturday, Jan. 28. There will be an open practice on Thursday, Jan. 26. Tickets are available at the track. If you can’t make it, you can watch every lap live on DIRTVision.

NASCAR CONNECTIONS: Two of the biggest names in NASCAR will have a presence at the inaugural Germfree Southern Sprint Car Shootout. Ricky Stenhouse Jr. will pilot his NOS Energy Drink #17, while Christopher Bell will debut his new Bell Kemenah Racing team with 14-year-old prodigy Gavan Boschele.

Stenhouse – Along with Stenhouse’s duties of driving for JTG Daugherty Racing in the NASCAR Cup Series, he’s also co-owner of Stenhouse Jr.-Marshall Racing, which fields the #17 410 Sprint Car in the World of Outlaws NOS Energy Drink Sprint Car Series. But from time to time, with his dad helping wrench on the car, Stenhouse will go back to his roots and run his own #17 360 Sprint Car. Before joining NASCAR, Stenhouse was initially set to become a full-time World of Outlaws driver.

Stenhouse has made 14 starts with the United Sprint Car Series and has collected five wins – two in 2020 and three in 2021. Should he make the show, it will be his Feature debut at “The World’s Fastest Half-Mile.”

Bell – Joe Gibbs Racing’s Christopher Bell recently announced the formation of Bell Kemenah Racing, partnering with his father-in-law, Brian Kemenah, who will help lead the team. Kemenah is a veteran Sprint Car mechanic, having claimed All Star Circuit of Champions titles with Chad Kemenah and Tim Shaffer and was the mechanic on Shaffer’s 2011 Knoxville Nationals winning car.

While Bell has driven his own #21 Sprint Car before, he’s tapped rising-star Gavan Boschele to pilot the car at the Germfree Southern Sprint Car Shootout. Boschele is one of three drivers Bell and Kemenah plan on working with. The 14-year-old North Carolina native has already established himself on the national scene, winning the inaugural Xtreme Outlaw Midget Series race last May and having won an iconic Golden Driller in the Stock Non-Wing class during December’s Tulsa Shootout in Oklahoma.

MACRI AFTER MORE: Anthony Marci, of Dillsburg, PA, was the winningest driver in 410 Sprint Car racing last year, picking up 23 victories overall, including two with the World of Outlaws NOS Energy Drink Sprint Car Series – his first with the Series.

UK TO VOLUSIA: Traveling the farthest distance to compete in the Germfree Southern Sprint Car Shootout is Ryan Harrison, of North Hampshire, UK. The Englishman has been traveling to the United States to race Sprint Cars for the past five years. This year will mark his first time competing at Volusia Speedway Park.

He’s making sure to show up in style this year, too. Harrison has purchased a car from NASCAR driver Alex Bowman – which Bowman drove a few times in 2022 – and is having it assembled by legendary Sprint Car mechanic and engine builder Joe Gaerte.

Gray, of Bartlett, TN, is the 14-time and defending USCS champion and was inducted into the National Sprint Car Hall of Fame last year. He was also the last driver to win with the USCS at Volusia – his sole victory at the track.

Smith, of Chillicothe, OH, is the 2021 USCS national champion and 2015 National Sprint Car Hall of Fame inductee. He has five wins overall with USCS, along with 25 All Star Circuit of Champions victories and three World of Outlaws win.

LOCKED IN: Of the more than 30 drivers attempting to make the 24-car Feature, Tyler Clem already has a spot locked for him. He won the inaugural Battle in Barberville in December at Volusia, giving him an edge on the competition.

The St. Petersburg, FL driver is multi-talented, having driven Sprint Cars, Late Models and Modifieds. He dominated the Battle in Barberville event, leading all 25 laps and claiming his second victory at Volusia. By virtue of being locked into the main event, Clem and his team can focus on race set ups, rather than having to stress about getting a good qualifying lap to start off the night.

NY’S STAR: Paulie Colagiovanni, of Cicero, NY, gained international attention in 2021 when he finished second with the World of Outlaws NOS Energy Drink Sprint Car Series at Ransomville Speedway after nearly winning the event. He then backed that up with a third-place run with the Series in 2022.

The 21-year-old, has already established himself as one of the top Sprint Car drivers in New York, having claimed the 2019 Empire Super Sprint Series championship. In five starts with USCS, he picked up one win in 2021, and has finished sixth or better in four of those starts. 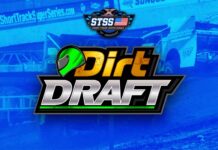