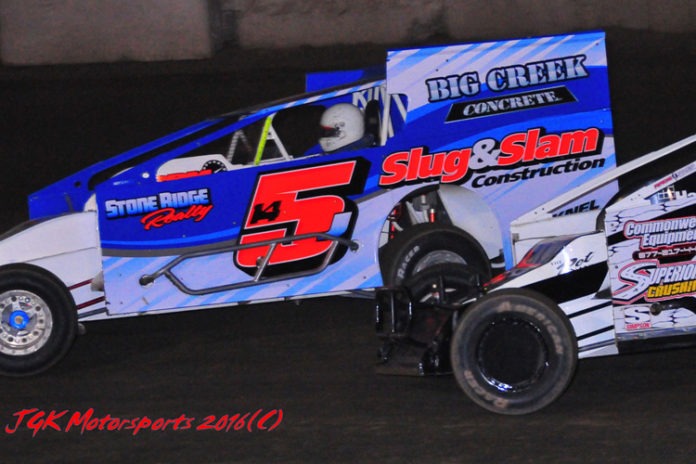 KIRKWOOD, NY – The first race of the Five Mile Point Speedway Modified Summer Slam is this Sunday, April 9th. The Modified 30 lap lid lifter will pay $2,000 to the winner. Teams will be bolting on the sail panels for 2017 season at the quarter mile oval. Shakelton Napa Auto & Truck Parts has signed on to present a bonus loyalty program for the Modified Summer Slam Teams.

Shakelton Napa Auto & Truck Parts will award a $500 bonus to each Summer Slam Modified winner at the conclusion of the 4 race program based on a loyalty performance. A team simply has to compete in all four Summer Slam Modified events to be eligible for the bonus. This would bring the winners share up to $2,500 for only 30 laps of racing action!

George Shakelton from Shakelton Napa Auto & Truck Parts commented, “We are thrilled to be part of the Modified Summer Slam program this season at Five Mile Point Speedway. Last year this turned out to be a great Modified race program. This loyalty bonus will directly put extra money in to the race team’s pockets.”

Other bonuses for the Modified teams will be announced this week as the everyone gears up for race number 1 of the 4 race Summer Slam. Last year Anthony Perrego and Modified rookie Brad Szulewski were co-champions of the Summer Slam.


For additional information please phone 607-775-5555 or log on to www.5milepointspeedway.com. You may also email the speedway directly at fivemilepoint1@aol.com. Five Mile Point Speedway – “The Home Speedway of the Southern Tier” where kids 12 and younger are admitted FREE to every race event!