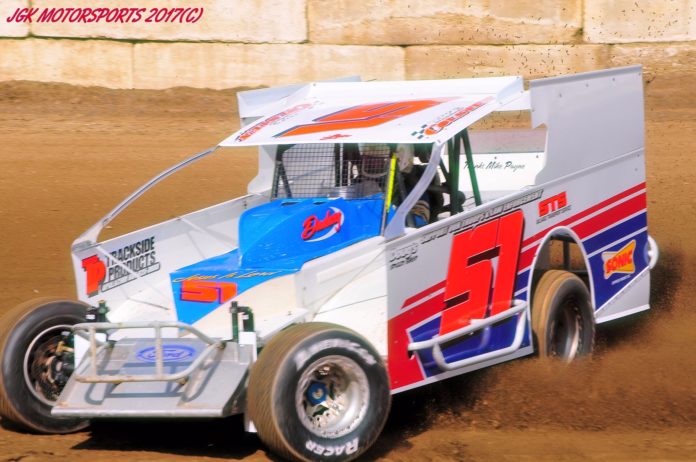 Tonarlo’s Restaurant in Conklin, New York will add a $250 bonus to each Summer Slam Modified race winner at the end of the 4 race program based on a loyalty incentive. If a team wins won of the four Modified features this season they will get another $250 by just attending all four events. This bonus will be added to the existing $500 bonus posted this past weekend by Shakelton NAPA Auto & Truck Parts.

In addition, a Modified $15 entry fee has been established for each race. All of that money raised will go to the drivers in positions 2 through 10 in the final points of the four race Sunday Summer Slam program. Tonarlo’s Restaurant and CG Racing will match that $15 entry per race to double the point fund money total for positions 2 through 10 in the final points. For the teams the point fund dollars are easily tracked simply by multiplying the number of teams entered at each race by $15. The Modified Summer Slam 4 race overall champion will earn $2,000.

This past weekend it was announced that Shakelton Napa Auto & Truck Parts will award a $500 bonus to each Summer Slam Modified winner at the conclusion of the 4 race program based on a loyalty performance. A team simply has to compete in all four Summer Slam Modified events to be eligible for the bonus. This would bring the winners share up to $2,500 for only 30 laps of racing action!

Other bonuses for the Modified teams will be announced this week as the everyone gears up for race number 1 of the 4 race Summer Slam. Last year Anthony Perrego and Modified rookie Brad Szulewski were co-champions of the Summer Slam. Race number one is this Sunday at 5 p.m.