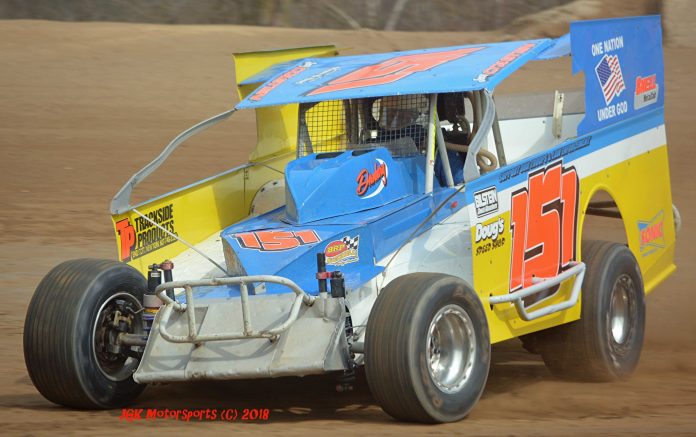 KIRKWOOD, NY –  Joey Colsten, from Binghamton made it back to back Modified wins at Five Mile Point Speedway on Saturday by capturing the top honors in the 30 lap main event.  It was the second point race of the season and Colsten has now won them both.