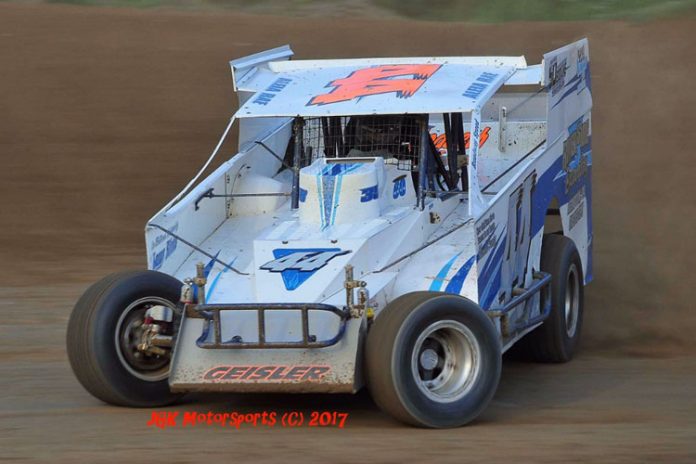 KIRKWOOD, NY – On Sunday Five Mile Point Speedway will host the popular Sunday Summer Slam racing program. For the southern tier Modified teams the Dick Longstreet Memorial 41 lap feature will be a win they all want on their racing resumes. The special Modified event will not only pay $4,100 to win but a hefty overall purse for the teams. The honor to win the first ever Dick Longstreet Memorial race will certainly outweigh any of the posted prize money. Racing gets underway at 6 p.m. this Sunday.

Dick Longstreet was a long time top competitor in the Late Model and Modified ranks at Five Mile Point Speedway. He was always a threat to win and each week arrived at the track with an immaculate looking race car. After his successful racing career he and his family co-promoted the Penn Can Speedway in Susquehanna, PA and organized the annual Speed Sport Showcase off-season race car show in the Scranton for a number of years.

The Modified 41 lap special is significant in many ways. The 41 laps is a symbolic of the car number that Dick Longstreet raced with for many years. The race not only honors the racing career of an area legend but recognizes Mr. Longstreet as a well respected and very well liked individual. He was certainly a great addition any track that he raced at during his career.

For the Modified teams the race will serve as event number 2 of the Shakelton NAPA Auto & Truck Parts Sunday Summer Slam program. A total of 4 Sunday Summer Slam races are contested with a champion crowned at the end of the season. In 2016 Brad Szulewski and Anthony Perrego tied for the overall championship. Last year Nick Rochinski was the Modified Sunday Summer Slam Champion. A number of invaders are expected to try and steal the top honors this Sunday.

A number of posted Modified bonuses will also be up for grabs on Sunday. There will be “Dash for Cash” among the Modified heat winners presented by the current day Speed Sport Showcase. The winner of the 4 lap dash will earn an extra $200. The Modified feature Hard Charger Award will go to the driver that advances the most positions in the 41 lap main. That award will be worth $250 from Trackside Products. The Longstreet Family will randomly draw three free Modified tire certificate awards. The top finishing weekly Five Mile Point Speedway driver across the line will receive a $100 race fuel certificate courtesy of Jack Owens. One other Modified driver will receive a free randomly chosen American Racer Modified tire courtesy of Lias Tire.

The Crate Sportsman will go to battle as well on Sunday with a $1,000 to win Sunday Summer Slam event. The Wingless Crate Sprints, Street Stocks and Xcel 600 Modifieds will also have their respective Sunday Summer Slam races on tap. The Front Wheel Drive Four Cylinders will be part of the Fantastic Five race program on Sunday as well.

For fans it will be a great family fun night of racing at the historic Five Mile Point Speedway. Kids 12 years old and younger are always admitted free of charge. The Family Five Pack is in effect for only $40. This includes 2 adult grandstand tickets, 3 senior, youth or child tickets along with 5 hot dogs and 5 sodas. The race program will be efficiently run on Tuesday with only three divisions in competition and it being a mid-day.

On Saturday, an open practice will be held from 5 p.m. to 8 p.m. on the quarter mile oval. Full pricing, order of events, general rules and race bonuses can be found on our website at www.5milepointspeedway.com. 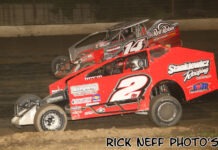 Grandview Doin’ It In Dirt This Weekend