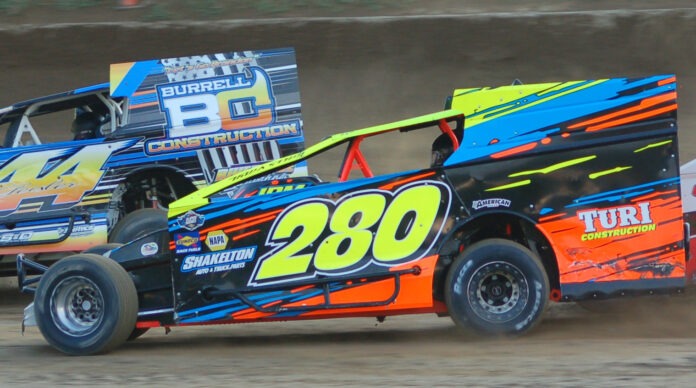 KIRKWOOD, NY-Only two races remain in the 2022 Track Championship hunt at Five Mile Point Speedway.  This Saturday is the final regular season point event with Saturday, August 27th serving as the Season Championship night event with championship points awarded.  Justin Holland currently sits in fourth place in the point standings but technically, he is the driver to beat. This season the speedway is dropping a driver’s lowest finish prior to the Season Championship night and it will certainly shake things up.

Entering this Saturday’s racing Defending Modified Track Champion Brett Tonkin has a slim four- point lead over teammate Dan Vauter (427-423).  Vauter, the 2003 Modified Track Champion has swapped the point lead with Nick Rochinski throughout the season.  Rochinski currently sits in third place with 395 points.  Tonkin took his first point lead just two weeks ago and the battle atop the standings has been amazingly close all season.  During the season on two occasions, the point lead in the Modified standings has been tied.

Now let’s enter Justin Holland into the picture.  Holland, the Modified Track Champion in 2012 has been “flying under the radar” for much of the season.  Holland has one feature win and two-runner up finishes.  He has been steady every week.  As a matter of fact, if the season ended today Holland would vault from fourth place to the 2022 Track Championship. This season all the weekly divisions are having their worst finish or missed event dropped from their point tally.  When factoring in Holland’s dropped event, he would be the champion by only four points over Brett Tonkin.

Five Mile Point Speedway management made the announcement back in May that teams could deduct an event from the point race leading up to Season Championship night.  With the strange times that we have been navigating through with parts and tire shortages, huge fuel increases the track management wanted to be as “driver friendly” as possible this year.  With parts supply issues and all of the other factors it certainly made the commitment for teams in 2022 that much more difficult.  This was one way that Five Mile Point Speedway was offering to try and help off-set that.

Of course, with two races remaining much can change and certainly will in all the weekly point standings.  For Holland, his steady approach to the season may just mean the difference in the final standings. 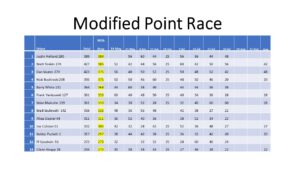 Racing this Saturday is scheduled to get underway at 6:05 p.m.  For more information, please log on to our website at www.5milepointspeedway.com or phone us at 607-775-5555.