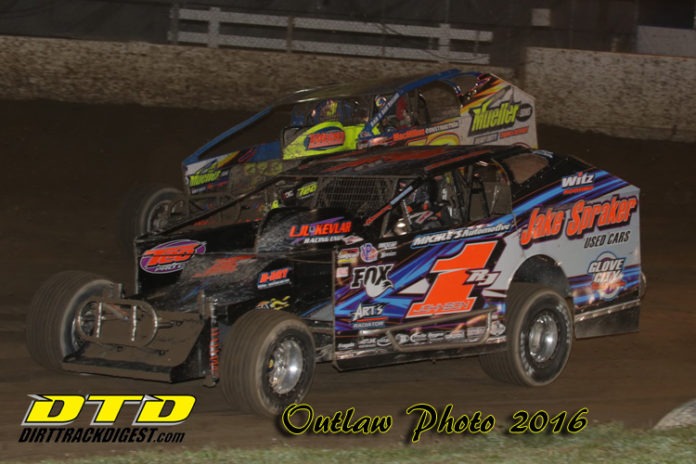 FONDA, NY – On Wednesday January 18 a meeting for drivers and owners who plan to compete at the Fonda Speedway and/or the Glen Ridge Motorsports Park in the Modified, Sportsman, and Rookie Sportsman divisions was held at the Winners Circle Restaurant in Fonda, NY.

Discussed at the meeting by Demitraszek Enterprises management included the following:

March 17, 18, & 19 will bring the 2ND Annual Northeast Auto Racing Expo to the Via Port Rotterdam Mall and this year is of special importance as the management of Fonda and Glen Ridge will be celebrating the career of videographer Bob James of BOBCO VIDEO. His career has spanned 25 years at the “Track of Champions” and on Saturday the 18th Demitraszek Enterprises will honor Bob and his efforts of the last 25 years.

If you have interesting facts you would like to share about Bobco please join us and contribute to the celebration. The car show is now filled up with a total of 74 entries and the pit crew challenge will return with Shawn Pangman already working on that project.

Glen Ridge will keep the same rules as last year, going off the DIRTcar rulebook except for some motor options. Motors will be bubbled at both Fonda and Glen Ridge in 2017.

Ed Brassmaster will be the tech inspector at Fonda and also at Glen Ridge when time allows and he will also be working for DIRTcar as well. Mark Sullivan will join him in tech at Fonda.

Demitraszek Enterprises is trying to get permission to kick off the 2017 season on the first or second week of April with the annual Ice Jam event. If that is allowed it may be co-promoted by Danny Johnson.

7/8 – Twin 20’s for Sportsman. Each event will count separately for DIRTcar.

8/5 – Jack Johnson Tribute race for Modifieds with Sportsman and Pro Stocks also on the racing card.

8/19 – Night of Features returns with triple 20’s for the Modifieds.

9/22 & 9/23 – Thunder on the Mohawk Weekend – Super DIRTcar Series for Modifieds on Saturday along with the Pro Stocks (not sure of what date the Pro Stocks will compete as of yet), and the DIRTcar Eastern Region King of Dirt Sportsman event.

6/4 & 9/24 the Kenny Wallace Driving Experience will be on track at Fonda. For more information you can go to their website www.dirtracewithkenny.com

The Bill Ag (Bill Anagnostopulos) race and the Hondo Classic event will return to Fonda in 2017 with no dates announced for those events as of yet.

Promoter Pete Demitraszek is trying to secure sponsors for each division at both Fonda and Glen Ridge for the 2017-racing season. The Fonda Speedway point fund will be paid to the top ten in the Modified, Sportsman, and Pro Stock divisions for 2017!

On Wednesday January 25th a meeting will be held for the Pro Stock, Street Stock, IMCA Modified and Cruiser division drivers and owners and it will take place at the Winners Circle Restaurant in Fonda, NY beginning at 6:30pm.

For more information on the Fonda Speedway and Glen Ridge Motorsports Park, please go to their respective websites www.glenridgemotorsportspark.net and www.fondaspeedway.com