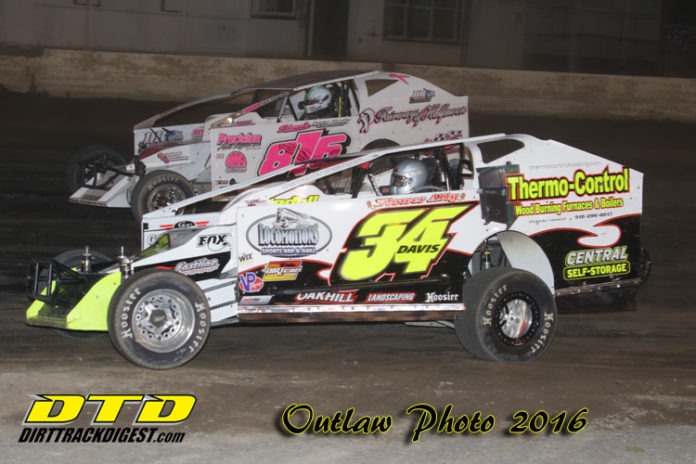 FONDA, NY – What better way to spend a Saturday afternoon/evening than at your favorite race track on opening night of the new season? Fans of the “Track of Champions” Fonda Speedway will be able to do just that this coming Saturday, April 15 when the Montgomery County fairgrounds facility opens its gates for their 64th consecutive season of competition on the ½ mile dirt surface.

The main event this Saturday will consist of the “Ice Jam” 50-lap event for the modifieds paying $4,000 to win. Also on the racing program will be a 25-lap dirt sportsman 602 race, a 20-lap pro stock feature, and a 15-lap street stock feature. Grandstand adult admission will be $15 while a senior with ID will be $13, and kids 12 and under $5.

Hot laps will begin at 5:00 p.m. with the green flag set to fall on the first heat race of the evening at 6:00 p.m. for this Saturday’s racing program.


Stewart Friesen has swept the opening day event wins at Fonda for the past two years.

Earlier this week on the Fonda Speedway Facebook page there was a post saying that the part of the front stretch wall that had fallen down had been repaired and that the grounds were drying up in preparation for this Saturday’s event. There was also a picture from last Sunday (April 9) when track equipment was finally able to get on to the speedway to start preparations for opening day.

Just announced is that inspections will be held this Friday, April 14 at the Fonda Speedway starting at 2:00 p.m. for anyone interested in getting their cars done prior to racing on Saturday. The inspection is open to all Fonda and Glen Ridge cars. Drivers please be sure to bring your safety equipment with you for the inspection process including helmets, gloves, race suit, shoes, and head socks as these are all required items for the inspection which will take place behind the covered grandstand!

So come join in on all of the exciting racing action on opening day of the 2017-racing season this Saturday at the Fonda Speedway to see all your favorite drivers’ new equipment for the new season and catch up with your friends in the pit area and grandstands that you haven’t seen during the long winter months!

For more information leading up to, Saturday’s event and all season long in 2017 please go to the Fonda Speedway website, www.newfondaspeedway.com