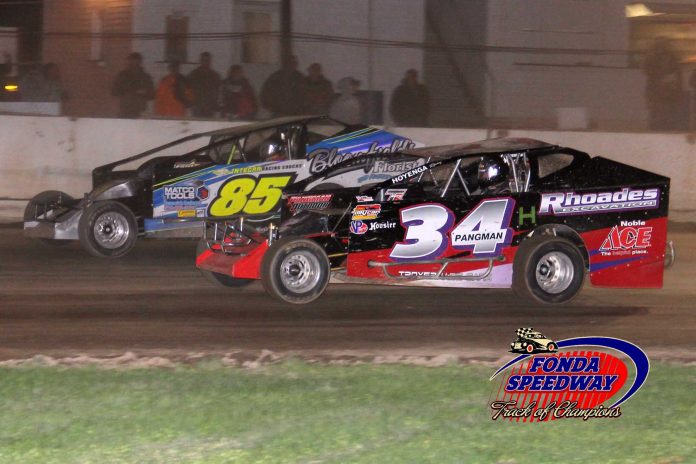 FONDA, NY – On Saturday, May 6 a regular racing program in all divisions will get the green flag at 7:00 p.m. at the “Track of Champions”. A tribute to four-time late model track champion Dick Schoonover who also leads the all-time win list in the late model division at Fonda will also be held.

Schoonover not only had wins in the late model division but also scored his one and only win in the modified division on May 3, 1986 when he crossed the finish line first ahead of Tim Dwyer and CD Coville in what was back then called a 320-modified.

He was best known for his success in the late models though as he was the Fonda Speedway track champion in that division in 1974, 1975, 1976, & 1980. He also has a total of 32 wins in the late model class, which leads all drivers on the all-time win list.

Be sure to come to the track early and visit the Fonda Speedway Museum with displays and memorabilia from the history of the speedway from start to present. The newest display in the museum is a display of racecar roofs, which are hanging in the museum for all to see.


The Lape’s, Dave, Jackie, & Jessica along with their staff have done a tremendous job in the museum and it should definitely be on your list of things to see when you make the trip to the Fonda Speedway.

For more information on the “Track of Champions” Fonda Speedway, please go to their website www.newfondaspeedway.com