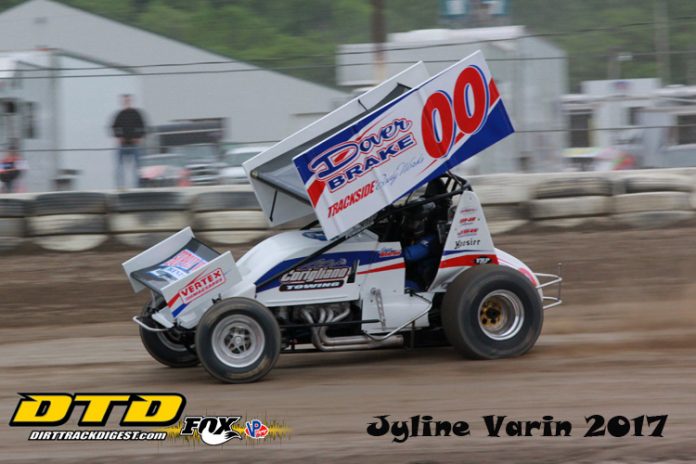 FONDA, NY – On Saturday, July 15 the Fonda Speedway will be back in action with the lightning fast United Racing Club (URC) 360-Sprints on the racing card for a $2,000 to win feature event. All other regular divisions will also be competing with a 7:00 p.m. starting time.

School House Pools will sponsor the evenings racing program with the School House Pools sponsored #35 car and driver Kenny Gates at the Fonda Speedway Museum that evening to meet and greet with the fans. The museum opens at 3:00 p.m. so please stop in and look at some of the history of the “Track of Champions” that is on display at the museum.

The URC Club was started back in 1947 and the first race for the club at Fonda was held on 7/14/1956, which was won by Bert Brooks. Glenn Fitzcharles is currently on top of the all-time win list for the club with 81 career feature wins.