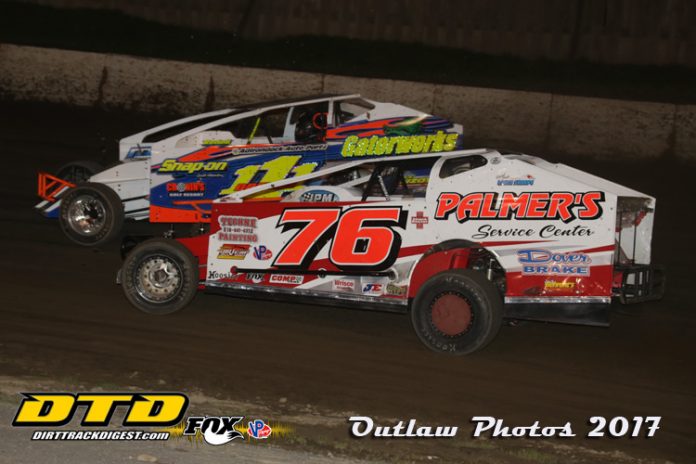 FONDA, NY – On Friday, September 22 and Saturday, September 23 the “Track of Champions” Fonda Speedway will run a huge two day racing program with the running of the “Prelude to the Party Weekend”!

After racing on Friday Night, the Moonshine Junkies will be playing in the Kane Entertainment Building free to anyone with a pit or grandstand wristband.

Current KOD 358 modified point standings going in to the event at Fonda according to the KOD website show Marc Johnson in the lead with 377 points followed by Neil Stratton with 347, Jessey Mueller with 337, Matt DeLorenzo with 326, and Allison Ricci with 322.


Rocky Warner currently leads the KOD sportsman point standings with 482 followed by Chad Edwards with 457, David Schilling with 422, Michael Sabia with 421, and Connor Cleveland with 416.
The Capital Region Sprint Car Agency (CRSA) Sprint cars have competed at Fonda a total of 15 times in the past with 10 different drivers winning those events led by Danny Varin with a total of four victories followed by Josh Pieniazek and Cory Sparks with two event wins apiece, Dylan Swiernik, John Matrafailo, Tyler Rice, Jordan Thomas, Mike Kiser, Kyle Smith, and Brett Jaycox who all have one victory apiece.

Then on Saturday evening September 23, the Super DIRTcar big block modifieds will take to the “Track of Champions” as well as a DIRTcar series race for the pro stocks. Also on the card will be the Kramer Williamson Memorial 360 sprint car race, which will feature drivers from the URC, PST, and ESS sprint car groups with Street Stocks also on the racing card.

The United Racing Club Sprint cars have competed at Fonda a total of 49 times, the last time on 7/15 of this year when Cory Sparks was the winner of the 25-lap event. There have been 29 different winning drivers in those 49 events with Kramer Williamson, the driver who the memorial race at Fonda is named after this weekend, one of those drivers after he won a URC race at Fonda back on 5/23/92.

The Patriot Sprint Tour has competed at Fonda a total of three times in the past, the last time being 5/27 of this year when Jared Zimbardi was the winner of the event. Stewart Friesen and Davie Franek were the winners of the other two PST events held at Fonda in the past.

The Empire Super Sprints (ESS) have competed at Fonda a total of 19 times in the past with 13 different drivers winning those events led by Justin Barger with a total of five ESS event wins; Lance Yonge and Steve Poirier both with two event wins; John Brutcher, Bobby Parrow, Tom Taber, Craig Lane, Doug Emery, Jessica Zemken, Jeff Cook, Chuck Hebing, Stewart Friesen, and Danny Varin who all have one win apiece at Fonda.