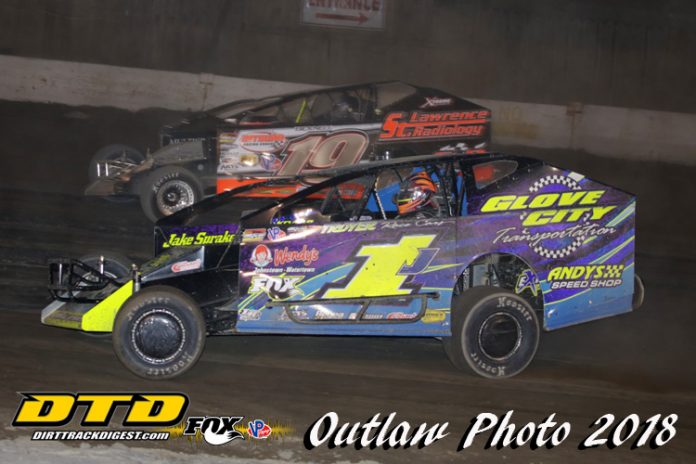 FONDA, NY – What better way to celebrate Mother’s Day weekend than to bring your mom out to the “Track of Champions” Fonda Speedway for an exciting evening of racing action? This Saturday Fonda will be back in action with a regular show in the modified, pro stock, and street stock divisions along with the first King of Dirt (KOD) Sportsman Series event of the 2018-racing season.

The racing action will begin at 7:00 p.m. and will include something special for one lucky mother in attendance. “I am going to pick one mother in attendance from the pit area to be our honorary starter”, Fonda Speedway promoter Pete Demitraszek said.

The KOD Sportsman Series is a seven race series at a total of six different tracks and has become quite a lucrative series to follow for the sportsman campaigners under KOD Series director Rob Hayes. Last year’s KOD Sportsman Series Champion Rocky Warner has moved up to the modified division in 2018 leaving the door wide open for a new champion to become the “King of Dirt”.

Some news regarding the event from Fonda Speedway promoter Pete Demitraszek who said this week that he will pay the $20 KOD entry fee for any regular sportsman driver who has attended BOTH races at the Fonda Speedway so far in 2018.


“I wanted to give something back to the 602 guys who are there every week,” Demitraszek said.

“We will have a list of regulars that attended both races this season at the track of champs at the KOD registration trailer when drivers check in and if you’re a Fonda driver on the list, no worries your $20 entry fee is on Peter D,” KOD Series director Rob Hayes said.

The Andy’s Speed Shop, King Of Dirt Racing Sportsman Series presented by Dodson Construction kicks off this Saturday night May 12th at the Fonda Speedway! The Road to the Nationals goes through the Mohawk Valley!