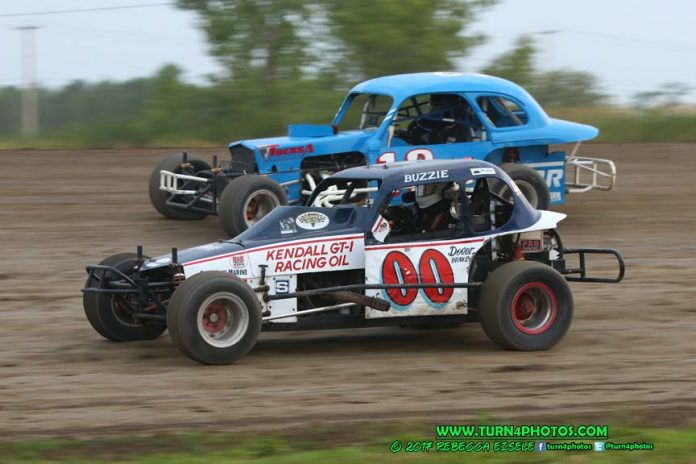 William ‘Bill’ Anagnostopulos was a fan of racing. All types of racing, as seen by all of the various photo’s of race cars, that decorate the walls at his family’s restaurant, the Winner’s Circle Restaurant in Fonda, N.Y. ‘Bill Ag’ welcomed everyone into his family oriented establishment and was liked by all who stopped in to enjoy a meal or a quick bite to eat, as it is a comforting location for many after a full night of racing at the local Fonda Speedway.

A few of the drivers to have been employed by the Winner’s Circle over time include ‘Happy’ Harry Shaffer, Mikey Jackson, and A.J. Miller.

On Saturday, June 30, 2018, in tribute to Bill Ag.the Bill Ag Modified Elimination Race will include a bonus from the Dirt Modified Nostalgia Tour along with their marketing partners at CARtoons Magazine, www.cartoonsmag.com, Mohawk Valley Community College and their Air Frame & Power Plant Technology Program and Shaw Insurance of Kingston, Ontario, Canada. The bonus will be presented to the lucky driver that is picked as competitor number six, for the ‘Bill Ag’ Modified Elimination Race from the current selection of drivers who sit in position six through ten in the ‘Track of Champions’ 2018 modified point standings.

The Dirt Modified Nostalgia Tour is honored to be part of this tribute at the Fonda Speedway for the late Bill Ag.