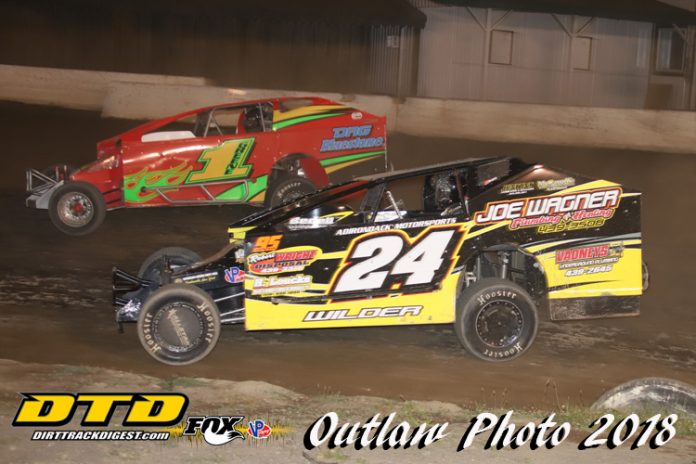 FONDA, NY – If you look at the two logos that the “Track of Champions” Fonda Speedway used this year they say that racing at Fonda is “Family Friendly Fun” on the website and “Affordable Family Fun” on their schedule card. Both of those logos are “fact” and that will be what will be happening again this Saturday at Fonda.

Last week it was Kiddie Rides that thrilled the children in our sport, with some adults sneaking in for rides as well, and this week it will be a Driver Meet & Greet, which will thrill the children and adults yet again as fans get to see their favorite drivers and their racecars up close and personal. It will also be EMS/Fireman Appreciation Night as we honor those who keep your favorite driver, their pit crews, and all of us as well safe so that we can enjoy the sport we love.

The Fonda Speedway Museum will also be a busy place, as last week’s pro stock feature winner Chuck Dumblewski will have his car on display at the museum from 4:00 p.m. to 6:00 p.m. New donations to the museum this week include a helmet from Darwin Greene, which will be displayed by the roof of his car, which is also in the museum, and a helmet from Tim Clemons, which was also recently donated.

Looking at the 2018 racing season so far in the modified division Bobby Varin is currently leading the point standings with two wins this season and 62 for a career total at Fonda. Other winners this season so far with their career total wins in the division in parenthesis are Stewart Friesen with five feature wins (52), defending track champion Tim Fuller with one win (2), and Demetrious Drellos who got his first career win at Fonda this year back on 6/16/18.


In the sportsman division Ray Zemken is the current point’s leader with no victories but consistent finishes gaining him that position. Winners so far in the division for 2018 with career totals in parenthesis include Nick Scavia with three feature wins (4); Tim Hartman Jr. with one (4), Mark Mortensen with one (19), Chad Edwards with one (4), and Dave Constantino with one (16). Brian Borst and Dan Santabarbara were also winners this year for the first time in their careers in the division with their victories coming on 6/9/18 and 7/7/18 respectively.

There have only been two winners in the limited sportsman division so far in 2018, Derrick McGrew Jr. with six feature wins and Travis Billington with three feature wins for a career total of eight in the division. McGrew is currently leading the point standings as well.