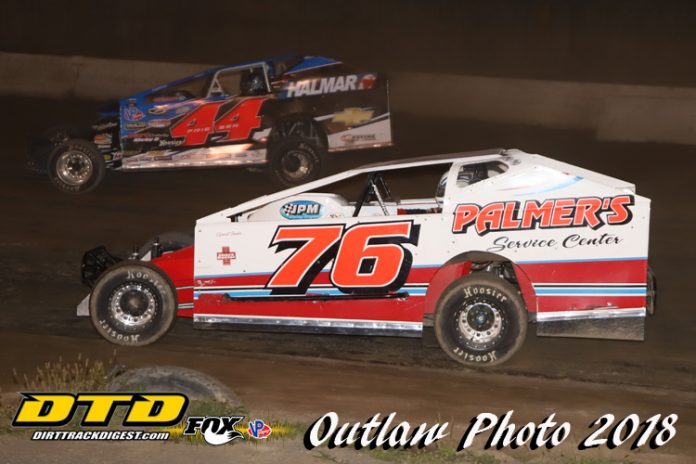 FONDA, NY – This coming Saturday, July 28 a very special program will be held at the “Track of Champions” Fonda Speedway as the class of 2018 Hall of Fame Inductions will be announced at a ceremony to be held rain or shine at the Fonda Speedway Museum starting at 4:00 p.m. A regular program of racing in all regular divisions will begin on track at 7:00 p.m.

Also on display at the museum and in competition on track will be the Mohawk Valley Vintage Dirt Modified (MVVDMS) Series in a fitting spot on Hall of Fame Night, highlighting the cars of the past back in competition yet again.

This year’s class of Hall of Fame inductees features a number of drivers, car owners, track contributors, track personal, along with the Bill Fake “Track Pioneer” and the 3rd Annual Bruce Dostal Dedication to the Fonda Speedway Museum Awards. Below are the inductees for 2018 with a short fact on each one of them as found in the book FONDA! and in the Fonda record books.


Don Hendenberg – “He had the biggest arms I’ve ever seen”, said photographer John Grady in the book FONDA! “He was the bear that walked like a man,” Jeep Herbert also said in the book. Hendenberg was the 1956 modified track champion at Fonda and has two victories in the division back on 6/15/1957 & 6/22/1957.

Norm Moyer – was called the late model classes “First Kingpin” in the book FONDA! with 22 victories at Fonda in the late model division and three track championships, back in 1968, 1970, & 1971.

Harvey Brundage – a photo in the book FONDA! shows how Mike Romano, who was a huge Harvey Brundage fan growing up, once painted a wall in his room of the #91 Brundage modified. Brundage was the 1972 late model track champion at Fonda and had a career total of nine wins in the division.

Todd Hoffman – the first to enjoy the limelight in the new era of street stock racing in the mid-eighties when more performance products became available such as wider tires and engine modifications. According to the book FONDA! “with Todd around, most of the other drivers felt they had won if they finished up in second place to him, his dominance was so pronounced,” Phlan Hart said.

Bob VanAernam – fourth on the all-time street stock win list at Fonda with 29 wins in the division and two track championships in 2003 & 2004.

Bob Vedder – retired from racing at the end of the 2017 season after 51 years of racing from late models in 1966 to modifieds at tracks all over New York State. Vedder received the Dedication to Racing Award in Memory of harry Peek at the New York State Stock Car Association (NYSSCA) banquet this past January. Vedder has five wins in the pro stock division at Fonda along with five wins in the open sportsman division.

Bob & Karolann Grimm – car owners of the “Kar Kare Special” #22 for Dave Lape from 1978 to 1981 with nine feature victories at Fonda with Dave as their driver.

Tom Spencer – current car owner for Chad Edwards in the 602-sportsman division at Fonda and former car owner for AJ Romano among others at the “track of Champions”.

Peter “Junior” Bianco – lifelong sidekick of Lou Lazzaro according to the book FONDA! he has a win under his name at the Victoria Speedway because of the NASCAR restriction against running unsanctioned events, an event that was actually won by Lazzaro.

Terri Mohrman – honored at the 2017 Fonda Speedway awards banquet for her 35 years of service and commitment to the Fonda Speedway.

Bob Whitbeck – car owner for Pete Corey who got his first career win at Fonda in Whitbeck’s car #70 on 7/25/1953, the car lightened by many holes which were drilled into the body.

On a personal note from myself about Ed & Betty Biittig, they are two of the nicest people you will ever find in the racing community and are so deserving of this award. When I got into motorsports writing 20 years ago, they were a big help to me and I thank them for that and congratulate them on this award.