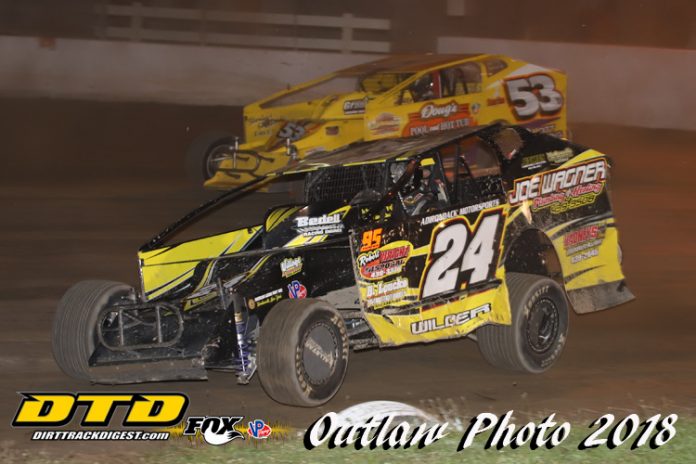 FONDA, NY – This Saturday, August 11 at the “Track of Champions” Fonda Speedway, School House Pools will sponsor a regular evening of racing action in all regular divisions with a starting time of 7:00 p.m. Also on the racing card will be the Classics on Dirt Vintage cars with the win the last time they competed at Fonda going to Jay Lais who got to celebrate a very special win with his father Tom Lais in victory lane.

The point races in all divisions are still within striking distance for many drivers as they compete for the coveted track championship in their respective divisions. Many drivers in the top five in their divisions are there because of consistency not because of wins as many of them have no wins during the 2018 season so far.