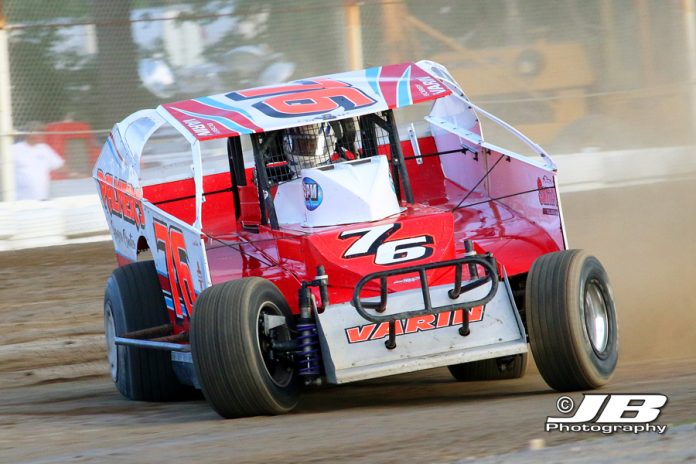 The point’s battle to the championship is an intense one in the modified and sportsman divisions with Bobby Varin leading the way by just two points over Josh Hohenforst and by 32 points over Jeremy Wilder in the modified division. The current top five in points in the sportsman division is led by Chad Edwards over Tony Farone, Nick Scavia, Ray Zemken, and Cody Clark who are separated by only 24 points going into Saturday evenings “Night of Features”.


Defending track champion Johnny Young leads the way in the street stock division by 56 points over Cliff Haslun and Jason Samrov who are currently tied for the second position in points going into this Saturday evening.

Derrick McGrew Jr. looks to be on his way to the limited sportsman division title with an 82-point cushion over Michael McCallion in that division.

Also on “Night of Features” Saturday, the Fonda Speedway Kid’s Club will be holding a backpack giveaway so anyone wanting to donate a backpack can contact Ashley Abeling on Facebook.

So come to Fonda Speedway this Saturday, August 18 and be part of the action as drivers realize their dreams of winning a track championship at the “Track of Champions”. For more information about the Fonda Speedway you can go to their website www.newfondaspeedway.com