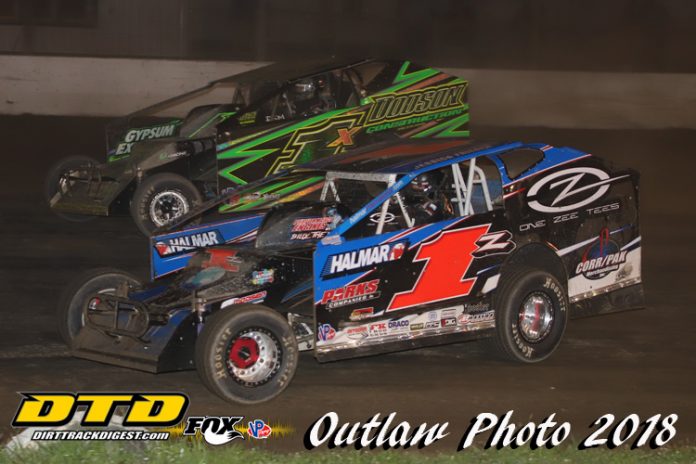 FONDA, NY – After a break for the annual Fonda Fair, the “Track of Champions” Fonda Speedway opens up again for their fall racing action on Saturday, September 15 with an exciting seven division racing program.

The pro stock feature event will be the 13th Annual “Hondo Classic” honoring the late Hondo Carpenter who was a very popular driver at the Fonda Speedway.


The racing program will have something for everyone with all the different divisions in competition starting at 7:00 p.m. with the sponsor for the evening being Benjamin Moore Paints, whose manufacturing facility is located just up the hill from the Fonda Speedway in Johnstown, NY.

After a record setting night of racing back on August 18 where there were four new feature winners in four different divisions, 2018 was the season of new winners in all divisions at Fonda with a total of 14 new drivers adding their names to the win lists at the historic Fonda Fairgrounds race track.

Can any other drivers add their name to that list on Saturday, September 15? Come to the “Track of Champions” for some affordable, family fun and see for yourself!

The Fonda Speedway Museum will be open on Saturday afternoon as well before the on track activities start and is a must see for any race fan of the historic Fonda Speedway.

The Fonda Speedway Kid’s Club will also be in action on Saturday, setting up underneath the grandstands at gate two so be sure to stop and see Ashley Abeling and sign your child up!

Before the racing action starts, the Benjamin Moore Paints sponsored #1M of 2011 Fonda Speedway 602 Sportsman Track Champion Mark Mortensen will be on display out front at gate one so be sure to stop and say hi to Mark and see the race car up close and personal!