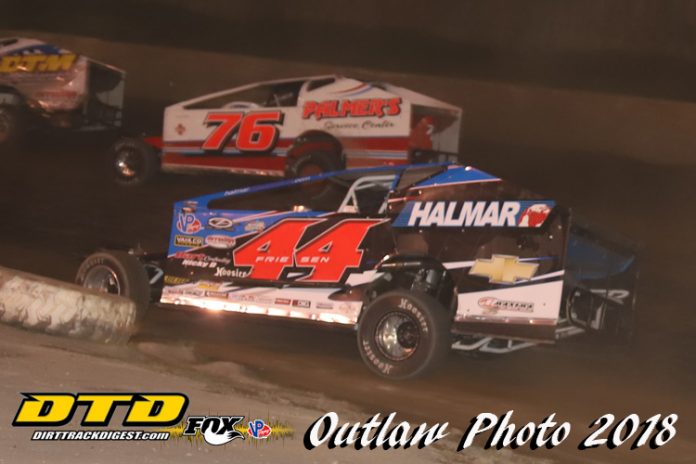 FONDA, NY – Thunder Along the Mohawk Weekend at the “Track of Champions” Fonda Speedway has been an annual event at the Montgomery Fairgrounds facility for many years and 2018 will be no different as the tradition continues with the annual event which will be held this coming weekend on Friday, September 21 and Saturday, September 22.

On Friday’s racing card will be the Thunder Along the Mohawk “Prelude to the Party” with a 100-lap 358 DIRTcar Modified Series event along with a 50-lap DIRTcar Sportsman Series event, modified warm-ups for Saturday’s Super DIRTcar Series Big Block Modified event, a $500 to win street stock feature, and the Kyle Bourgault Band in the Entertainment Building starting at 10:00 p.m.

Then on Saturday, the event that everyone has been waiting for after being rained out twice so far in 2018, “The Jack” which this year will be part of the DIRTcar Big Block Modified Super DIRT car Series with the winner of the “The Jack” guaranteed the number 12 starting position in the NAPA Auto Parts Super DIRT Week 200 at Oswego this October, symbolic of the historic car number that Johnson used during his racing career.


Starting time both Friday and Saturday will be 6:00 p.m.

Johnson was a two-time winner of the Super DIRT Week at Syracuse event back in 1979 and 1984. His victory in 1979 was the first time in the history of the race at that time that a driver from New York State had won the event! He also won three Super DIRTcar Series events at Fonda back in 1976, 1979, and 1980.

In just a few short years, the Jack Johnson Tribute race at Fonda has proven to be one of the most highly sought after victories on the big block modified calendar. With the added prize of a guaranteed starting position in the NAPA Auto Parts Super DIRT Week big block modified finale, spectators at the historic “Track of Champions” will be in for a spectacular show. Previous winners of the event were Stewart Friesen, Matt Sheppard, and Mike Mahaney.

“The fact that we were able to add our Jack Johnson tribute to the Super DIRTcar Series schedule makes the event more special,” stated Fonda promoter, Pete Demitraszek in a press release earlier this year.

The Fonda Speedway Museum will be open during the two-day event at Fonda along with the Fonda Speedway Kid’s Club, which is located under the grandstand at gate two. So be sure to stop and see David, Jackie, and Jessica Lape and their staff at the museum this weekend along with Ashley Abeling at the Kid’s Club!