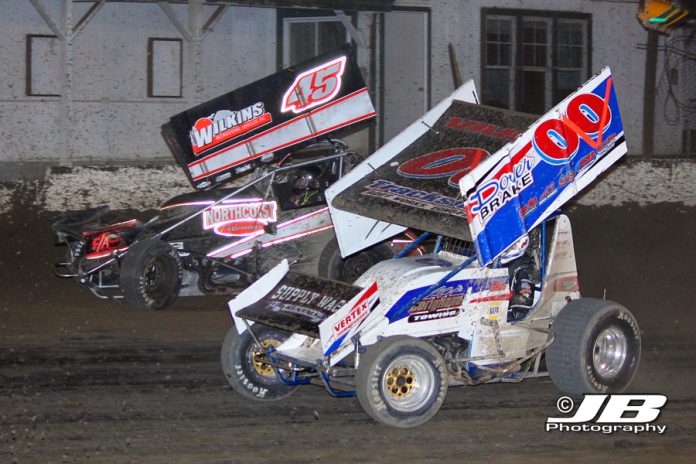 FONDA, NY – The A-Verdi Storage Containers Patriot Sprint Tour will continue its opening month of racing by venturing East to the Fonda Speedway for the Earl Halaquist Memorial paying an increased $3,000 to the winner.

This will be the fourth visit for the tour to the historic half mile and its first visit since 2017 where Jared Zimbardi was the victor. The other two drivers who have conquered the tricky half mile are Stewart Friesen and Davie Franek who were winners on two separate occasions in 2016.

This weekends race will also pay tribute to sprint car legend, Earl Halaquist of Sidney, NY. Halaquist amassed 52 United Racing Club wins and six series championships (1962, ’64, ’66,’67, 68’, 69). Perhaps his most impressive season was in 1967 when he accomplished 14 feature wins! He has been inducted into several Hall of Fames including the National Sprint Car Hall of Fame back in 2010. Halaquist passed away in 2001 at the age of 75 but his legacy in sprint car racing here in northeast continues to live on.

The first ever race honoring Halaquist was back in 2004 at the Black Rock (Now Outlaw) Speedway where Blake Breen was the winner. PST sanctioned the event also in 2005 and 2006 where George Suprick and Chuck Hebing have won respectively. The event then moved to Fonda Speedway under the Empire Super Sprints banner from 2007 to 2013. Afton Speedway hosted the event from 2014 to 2016 before returning to Fonda the last two seasons.

On top of the event paying $3000 to win and $300 to start, there will also be lap money awarded to the race leader. Those who wish to purchase a lap can contact Tom Schmeh via facebook or email at iowabasedtraveler@yahoo.com.

Coming into this weekend, Joe Trenca and Davie Franek are tied atop of the point standings with Jordan Thomas not too far behind in third. Jonathan Preston and Jeff Trombley conclude the top five in points after two events. 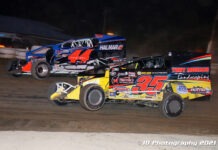