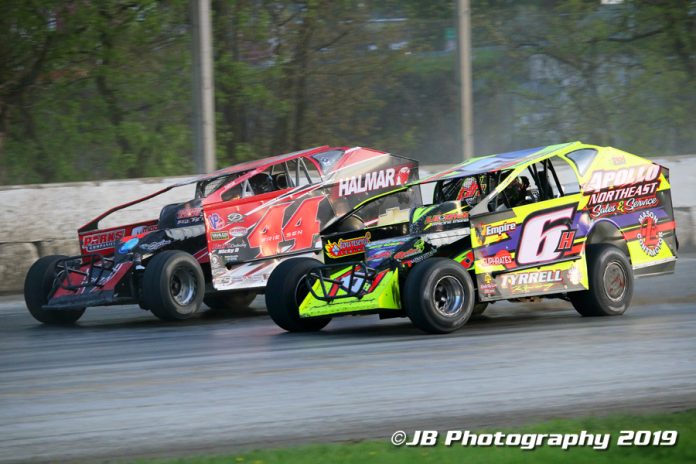 FONDA, NY – It’s only appropriate the ‘Track of Champions’ should host a larger-than-life Championship Weekend.

The BD Motorsports Media LLC Fonda Speedway management team has announced a huge two-day weekend in August to bring down the curtain on the ‘regular season’ at the half-mile track.

An unprecedented “FREE Friday” will take place on FRIDAY, Aug. 14 at the speedway. This event offers TOTALLY FREE grandstand admission, with the Sunoco Modifieds racing for $4,000 to win, Swagger Factory Apparel in a $2,000-to-win program and the traveling CRSA Sprint Cars on the docket.

Once again, this event is TOTALLY FREE to attend for fans.


While this will not be a track points event, drivers will accrue points toward the American Racer Cup presented by Sunoco Race Fuels overall, regional and track battles. Modifieds and Sportsman will draw for their starting positions for this event.

“We are thrilled to offer fans a totally free Friday event,” Fonda Speedway promoter Brett Deyo said. “We are very appreciative of the fan support we have received at Fonda. This season we have a Dollar Night (May 9), two $5 nights (June 6 and Aug. 1) and now a completely FREE Friday night.”

The “FREE Friday” will be the first of two racing events at Fonda that weekend.

Of course, overnight camping will be available on the fairgrounds for these two days of racing.

The entire ’20 schedule has been posted on the Fonda Speedway website at: http://www.thefondaspeedway.com/2020-schedule-of-events/

Season passes for both the grandstand and pit areas and pit licenses are on sale. Access the forms at the following link: http://www.thefondaspeedway.com/forms/