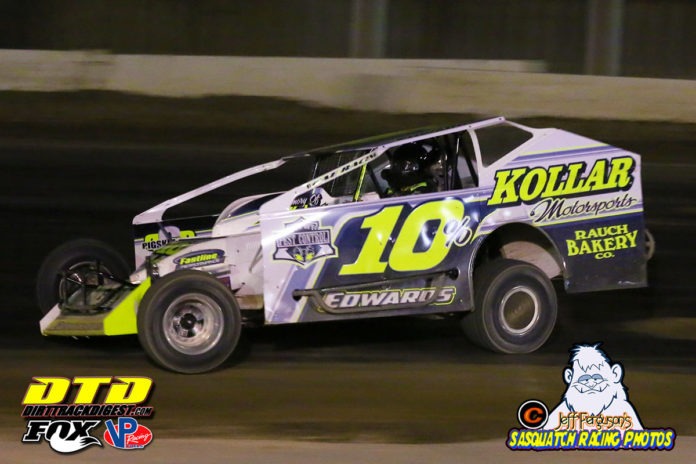 The race got going with Matt Meade and Ricky Quick charging into turn one.  Edwards exploded out of the gate early getting past Quick on lap one to move into second.

On lap three, Edwards rolled by Meade for the lead. Tim Hartman and Brian Calabrese were on the move as well as they battled for spots in the top five.

On Lap seven Calabrese and Meade made contact before Calabrese was finally able to get by him for second.  He would then be after Edwards for the lead.

Edwards stretched his lead too a half a track as he put the 96 of Michael Mcallion a lap down on lap 10.

Edwards was a rocket as he went to dominate the race.  In the interview he said “this one is extra special to win in front of all the fans and to be with a team who has struggled for a while I will certainly remember this one “

Calabrese finished second with Meade, Quick and Hartman rounding out the top five.