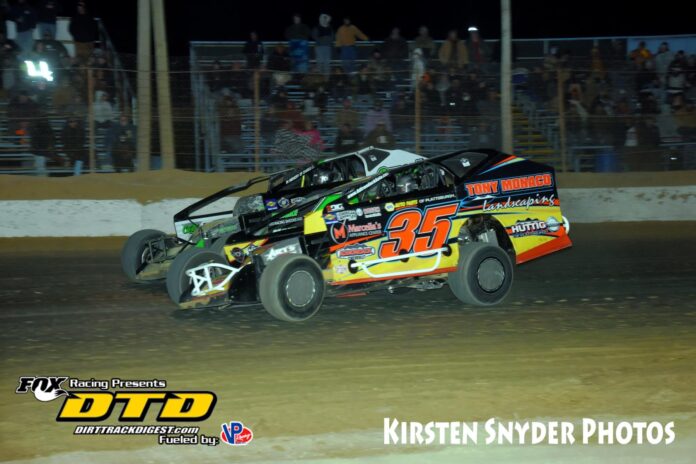 FONDA, NY – The Track of Champions will be adding another Modified point title winner to the list of weekly entrants at the historic facility. Mike Mahaney plans to make the two-and-a-half-hour tow from his Elizabethtown, N.Y., base to Fonda Speedway every Saturday in 2021.

“Fonda is a lot of fun to race; it’s a very racy track that is challenging as well,” Mahaney said. “It’s also one of the closer tracks to our shop, so we felt like choosing Fonda weekly would be a great option for us.”

Mahaney’s ‘21 has gotten off to a red-hot start especially on the Bob Hilbert Sportswear Short Track Super Series (STSS) Fueled By Sunoco tour.

Mahaney finished second (Small-Block) and third (STSS Modified) in the season-opening weekend at Georgetown (Del.) Speedway. He followed that up with a ninth-place result and another runner-up in Central Pennsylvania at Selinsgrove Speedway and Port Royal Speedway. The Empire State driver will head to Delaware International Speedway April 27 as the STSS South Region point leader.

Mahaney believes running Fonda weekly will only make him stronger on the STSS tour.

“We need to run on American Racers weekly to keep up on the STSS,” he said. “Running one of (Fonda promoter Brett) Deyo’s tracks a week will really help our chances to keep running well on the series.”

Mahaney is a three-time feature winner at the Fonda Speedway, all of which came in high-paying races. The most notable of those wins came in the 112-lap, $12,000-to-win Jack Johnson Tribute in 2017. Mahaney’s lone year as a Fonda regular ended with a fifth-place finish in the season points chase.

“Our goals are high. It’s been a few years since we’ve really ran well at Fonda, but we’ve been good everywhere recently, so I have hopes for what we can do,” said a confident Mahaney as he spoke of his 2021 expectations.

The 2019 Fonda 200 was a bright spot for Mahaney in his recent runs at the famed half-mile: he came home with a $20,000 runner-up finish. “Our program is better now than it was then when we had that strong finish. The 200-lapper is going to be a lot different than weekly racing but being there every week certainly won’t hurt us when the 200 comes around.”

Mahaney will enter the 2021 season with an extremely high confidence level and momentum with the George Huttig team as the season kicks off on April 17 at the Track of Champions.

Open Practice is scheduled for Saturday, April 10. Gates will open at 1 p.m., with hot laps from 3-6 p.m. All divisions are welcome to practice. Pit admission is $25 for Fonda Speedway members and $30 for non-members. There is a rain/weather date of Sunday, April 11 for the Open Practice.

Pit admission is $30 for Fonda members and $35 for non-members.