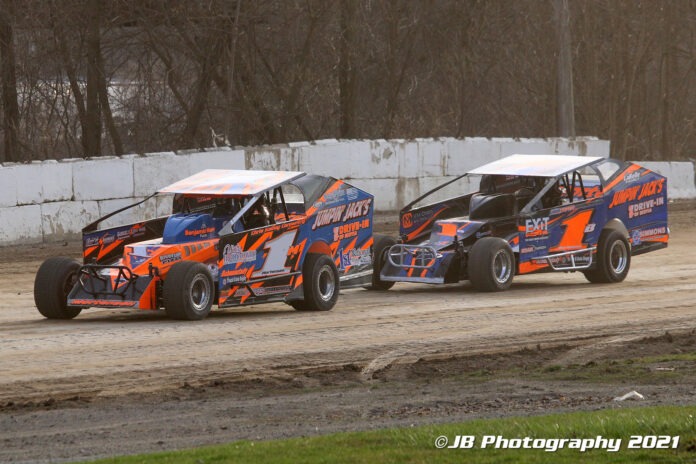 FONDA, NY – There is nothing like the excitement of a new racing season, for drivers, crews, and fans and the opening event of the 2021 racing season at the “Track of Champions” Fonda Speedway this Saturday, April 17 will be no different.

Adding to that excitement and making it a must-see event for any race fan will be Ronnie Johnson who has confirmed that he will be in attendance on Saturday evening at Fonda to address the crowd and share some memories of his legendary father Jumpin’ Jack Johnson who passed away recently. It stands to be one of the most memorable and emotional moments in the history of the “Track of Champions”.

Pre-Race ceremonies will be live on the Fonda Speedway Facebook page for fans who are unable to attend. The racing program will also be televised live on Flo Racing, the official Live Stream Partner of the Fonda Speedway. Don’t miss a lap of our 2021 action at Fonda with a subscription to Flo Racing by going to their website www.floracing.com

All new Jumpin’ Jack Johnson Memorial products will also be on sale at the Ronnie Johnson souvenir trailer.

Alton & Carole Palmer of Palmer’s Service Center will sponsor opening day 2021 at the “Track of Champions” Fonda Speedway. On a normal basis opening day at Fonda consists of a single racing program with all divisions in competition.

Last year a two-day opening weekend was held with separate divisions running each day. It was the latest start to a racing season ever in the history at the Fonda Speedway and was all due to the COVID-19 pandemic putting the area “On Pause”.

This year in 2021, opening day will be back to normal with all regular divisions running the same evening including the Sunoco Modifieds, the Swagger Factory Apparel Crate 602 Sportsman, the Algonkin Motel Pro Stocks, the Montgomery County Office for Aging Inc. Limited Sportsman, and the Fonda Fair Cruisers.

Fans will be welcomed to Fonda Speedway this Saturday, April 17 for Palmer’s Service Center Opening Night!

Kids 11 and under are FREE.

· All attendees must have a temperature check upon entering the facility.

· Masks are required to enter the facility and while visiting restrooms and concession areas.

Saturday night. That information will be collected at the grandstand gates.

· Every-other-row of the Covered Grandstand will be available for seating.

· The open-air, turn-four bleachers will be available for seating.

· To aid with social distancing, the Infield Drive-In will be open (see policies below).

· There are 45 available Infield Drive-In spots.

· Spots are $60 each and include up to four passes (attendees must arrive together).

· Reserve a spot by e-mailing fondaspeedwayangela@gmail.com. E-mails will be answered in the order they are received. Please provide make and model of vehicle.

· Credit card pre-payment is preferred to expedite the arrival process.

· When arriving at the speedway, Drive-In vehicles will stay to the right and form one line.

· All vehicles will exit the infield on the backstretch out of the turn-two gate.

· Please cooperate with all parking attendants and security.

· Must wear masks while using the restroom and/or the concession areas.