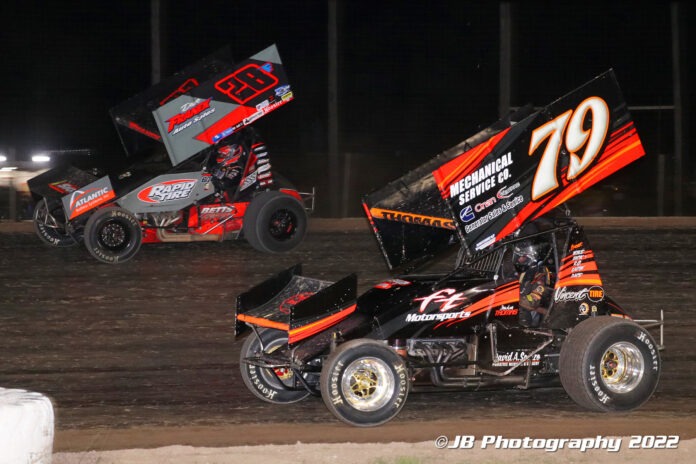 FONDA, NY-After three events thus far into the 2022 edition of the A-Verdi Storage Containers Patriot Sprint Tour, the fourth race is slated for this Saturday, June 25, at the Fonda Speedway for the 18th annual Earl Halaquist Memorial.

Halaquist was a staple sprint car figure in the Central New York region capturing six United Racing Clubs championships and earning 53 wins. The Halaquist memorial event has been held at two other tracks in the Northeast, including Black Rock Speedway (Now Outlaw Speedway) and Afton Speedway. However, this will be the 12th time the event has been held at Fonda.

Tom Schmeh is still collecting lap money, with funds for the lap leader. Those interested in sponsoring a lap can contact Tom via Facebook or email at iowabasedtraveler@yahoo.com.

Overall, this will be the seventh time in tour history when the Patriots visit the Track of Champions, dating back to 2016, with no repeat winners. Those winners include Stewart Friesen, Davie Franek, Jared Zimbardi, Jordan Poirier, Josh Pienazek, and most recently, Paulie Colagiovanni.

Those unable to make it to Saturday’s event can watch the race on Flo Racing. For other PST information, please visit patriotsprinttour.com or connect with our social channels by liking the Patriot Sprint Tour on Facebook or following @PatriotSprints on Twitter and Instagram.