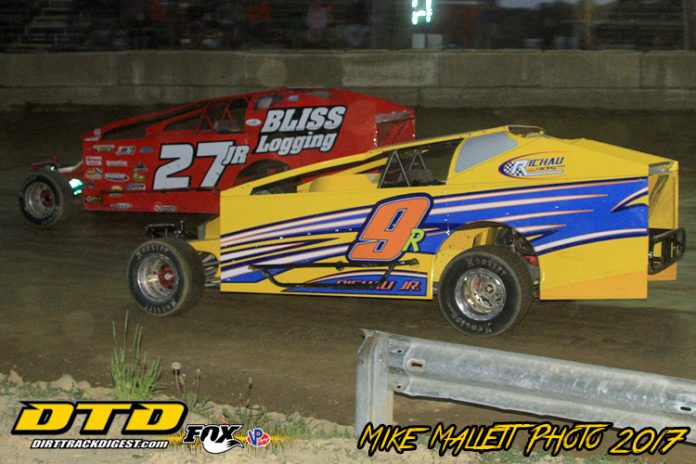 BUFFALO, NY – The Race of Champions Dirt 602 Sportsman Modified Series will take another run at their event on Friday night at the Freedom Motorsports Park in Delevan, N.Y., in a co-sanctioned event with the BEI Lightning Series. The race will be $1000-to-win with a 40-lap feature.

Fresh off his win last Friday at Ohsweken Speedway, Chad Chevalier of Port Colborne, Ontario, sits on top of the series championship standings heading into the event at Freedom.

“We are looking for a good night,” offered Chevalier. “We work hard at this and have a great group of guys behind working and getting the car ready. It’s a good team and we have been able to have success. Hopefully we can have another good performance and maybe even end up in victory lane again.”

Chevalier claimed a victory in his first-ever visit to Freedom last season in a Race of Champions Dirt 602 Modified Series event.

The Race of Champions is a sanctioning body presenting Modified and Stock Car racing on asphalt and dirt surfaces throughout the Northeast, with events in New York, Pennsylvania and New Jersey. The 67th annual Race of Champions weekend will take place in 2017 at Lake Erie Speedway in North East, Pennsylvania as part of Presque Isle Downs and Casino Race of Champions Weekend and is the second longest consecutive auto-racing event in North America, second only to the Indianapolis 500.