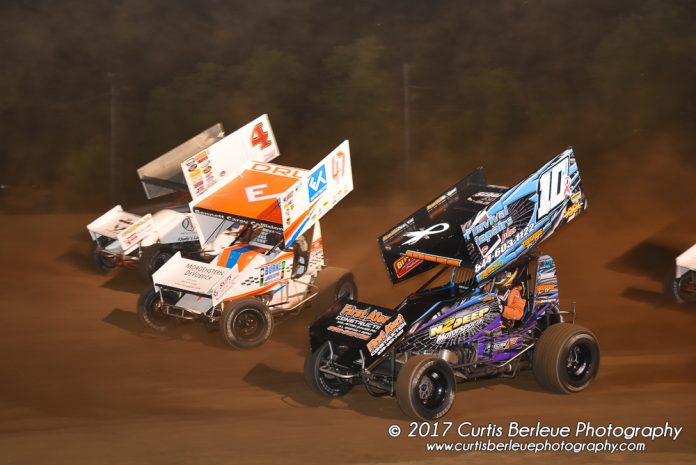 All three drivers have had outstanding seasons on the tour with Zimbardi notching four American tour wins (Outlaw, Raceway 7, Fonda, Stateline) along with five podium finishes. Collins picked up wins at Ransomville and Stateline with seven podium finishes. Kyle Drum is still searching for his first series win of the year, but consistency has been the story for the Wayland veteran finishing on the podium three times, along with a number top fives.

It has been storied year as well for teenage driver, Jordan Thomas who recently picked up his first career win at the Orange County Fair Speedway back on August 19. He also has three podium finishes that puts him fourth in the 2017 American tour standings.

Derek Jonathan and Josh Azzi have been true Patriots all season attending all American tour races traveling hundreds of miles all over New York State and Pennsylvania, plus Ohio. They sit 5th and 6th in points, respectively.