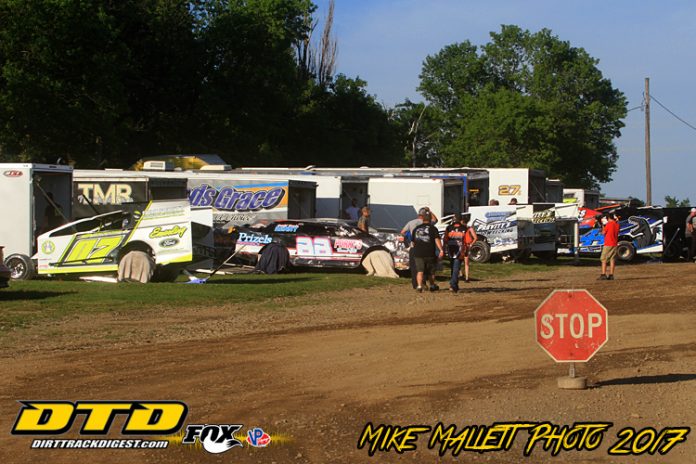 DELEVAN, NY – Freedom Motorsports Park Modified racers will have the opportunity to compete for big rewards in 2018.

On Friday night during the speedway’s year-end Awards Banquet, Freedom promoter Bob Reis announced the one-third-mile oval would join the American Racer Cup presented by Sunoco in 2018. American Racer will be the tire of choice at Freedom next season in the Modified ranks and competitors will see the benefits of the Cup.

“After looking over all the benefits of the American Racer Cup and hearing from racers, this was an easy decision,” Reis said. “Our drivers stand to benefit a lot from what the Cup has to offer.”

With Freedom now an American Racer Cup track, Modified drivers will be eligible to compete for the $36,000 overall point fund and $2,850 Insinger Performance North Region cash in addition to numerous tire giveaways.

Competitors from New York, New Jersey, Pennsylvania and Delaware, by simply racing at their home track(s), have the opportunity to share in rewards thanks to the American Racer Cup and sponsors Sunoco Race Fuels, Lias Tire and Insinger Performance. Freedom now joins that group.

At year-end, Modified competitors (top-15 American Racer Cup overall as ranked among the participating tracks) will share in a $36,000 cash point fund. Rankings are determined by a driver’s 10 best finishes at a participating speedway, with a car count bonus issued at year end.

Each track is eligible for 12 tires to be given away during the season, not to mention pre-season drawings for registered drivers and a ‘Dog Days of Summer’ tire given away on August 1 to each speedway’s point leader.

Freedom becomes the 14th facility to participate in the ’18 American Racer Cup presented by Sunoco.

Freedom Motorsports Park, located at 11909 Marble Springs Road in Delevan, N.Y., is a multiple-use motorsports facility featuring a one-third-mile clay oval. Weekly stock car racing takes place on Friday nights at 7:30 p.m. from May through September. Freedom is on the web at www.freedommotorsportspark.com.