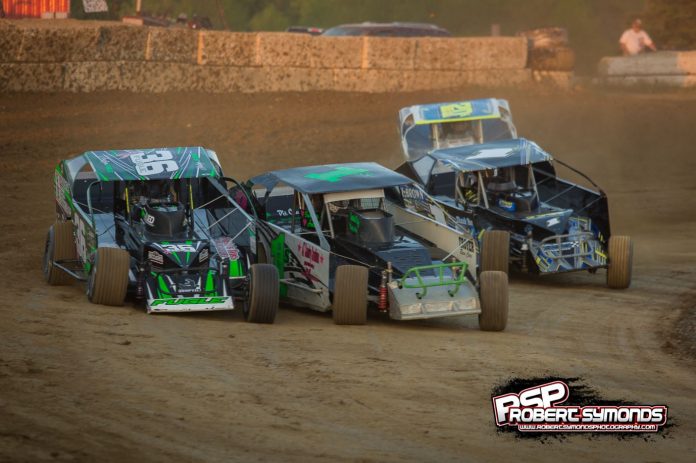 DELEVAN, NY – After an off week, Freedom Motorsports Park will return to action on Friday night, June 7th, with a special appearance by the BEI Lightning Series Sportsman Tour joining a regular program for the Super Late Models, Street Stocks, Mini Stocks, and Bandits. Bellinger Electric will present the night’s program.

The BEI Lightning Series started out as a dream a couple of years ago to give the drivers of the Sportsman-Modified division a well-paying mini-series, and to give them exposure. Over the years, the BEI Lightning Series has grown into a Series with shows at tracks throughout Western New York, Southern Ontario, and Northern Pennsylvania. Port Colborne, Ontario’s Chad Chevalier was crowned BEI Lightning Series Champion for the second consecutive season in 2018 and won last year’s event at Freedom Motorsports Park.

In the Super Late Model division, Max Blair holds a slim point lead over Mike Wonderling after two events this year. Brad Rouse has won both DIRTcar Sportsman Modified features this season and tops the point standings in that division, while Dennis Cummings holds the Street Stock point lead without the aid of a feature win. In the Mini Stocks, Matt Mowrey is high point man, while Cody Atwater leads the Bandit points going into the June 7th race.

Pit gates will open at 5:00 p.m. on June 7th with grandstands opening at 6:00 p.m. and racing starting at 7:30 p.m. For more information, please visit www.freedommotorsportspark.com