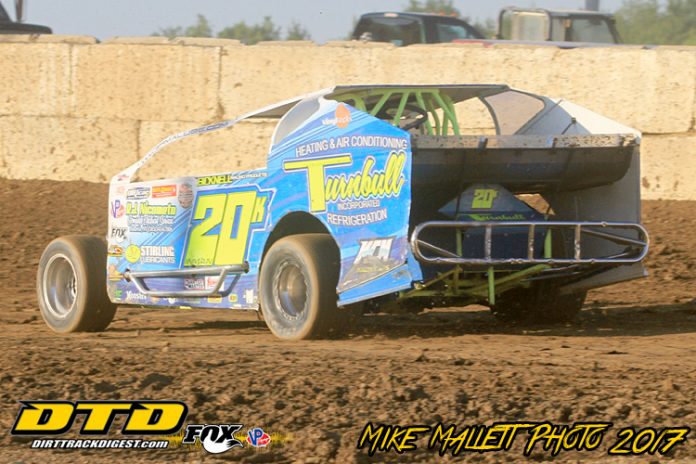 Based on the Bellinger Electric Cookie Cutter Redraw, Inman and third-generation driver James Michael Friesen brought the field to the green flag for the 40-lap feature event with Friesen jumping into the lead. Josh Wilcox had a strong run going at the beginning of the race as he worked around Inman to take over second place on lap three. The races’ first caution came out on lap four for a three-car tangle in turn three involving Noah Walker, Sam Hoxie and Derrick Borkenhagen.

On the restart, Friesen would regain control with Inman and Wilcox running in the top three with Brad Rouse and Chad Chevalier moving up through the field and into the top five. Rouse and Chevalier would go after Friesen and Inman just prior to the second caution on lap 13 involving Garrison Krentz and Cameron Tuttle exiting turn four.

The lap 13 restart would see Inman regain the lead from Friesen as Rouse would take over second from Friesen. The third and final yellow flag would fly on lap 17 after Dave DiPietro broke the driveshaft on the front straightaway, also collecting Sam Hoxie and Trevor Wright.


The second half of the race saw Inman and Rouse pull away from the field. Lap traffic would see Rouse move back in and challenge Inman for the lead. The lap traffic wouldn’t be an issue for Inman as he went to the outside as Rouse would use the inside and couldn’t move around the lap traffic to battle Inman. Kyle Inman would go on to score the victory, ending Rouse’s win streak at Freedom.