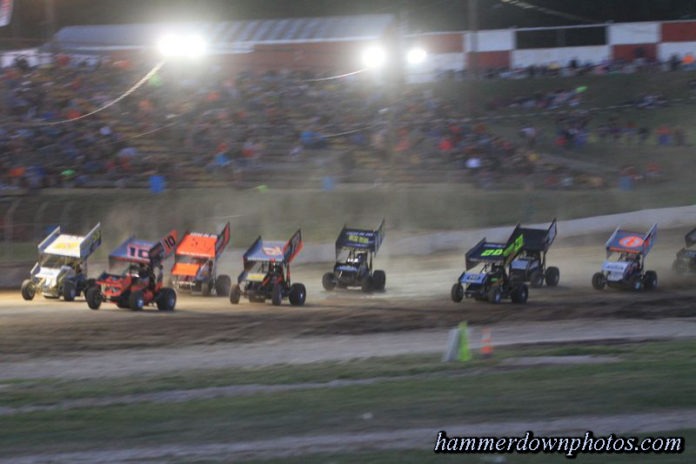 BALDWINSVILLE, NY – The Fulton Speedway would like to welcome Sam Reakes Snap-on Tools to the sponsorship family. Reakes Snap-on franchise will be the presenting sponsor on night one of the “Highbank Holdup” weekend on Friday April 28.

Doing battle on Friday night will be clay slinging, methanol breathing, winged warriors of the premier 360 Sprint car tour in the Northeast, the Lucas Oil Empire Super Sprints. The highly competitive and fan favorite DIRTcar Sportsman Championship Series Central Region will add to high-speed excitement to kick off the 2017 season.

Along with being presenting sponsor, Reakes will be strapping into his own Town Mechanical, The Tub Surgeon, No. 17 as he will be looking to take home the A-Main victory.

Sam Reakes cut his teeth in racing on the “Highbanks” of the Fulton Speedway collecting 18 victories in the Sportsman division before moving into Sprint Cars.

If you’re at the speedway on April 28 stop by his pit and introduce yourself, he would like to meet you. To see what Sam Reakes Snap-on can do for you give him a call at (315) 727-6062 or like his Facebook page at www.facebook.com/sam.reakes.1 . As always please support those who support racing.

In 2016 over 30 of the best 360 Sprint Car drivers in the Northeast signed into the Fulton Speedway that saw Quebec’s Steve Poirier out run Danny Varin, Bryan Howland, Jason Barney and Justin Barger for the A-Main gold. This year another star studded field will be pit-side.

Last season DIRTcar Sportsman Championship Series had 55 cars hit the speedway in an attempt to qualify for the 40 lap feature. From the drop of the green two and three wide racing was seen throughout the field. When the checkers waved it was outsider Brad Rouse outdueling track regular Jeremy Pitcher for the big win.

For camping & grandstand policies go to www.fultonspeedway.com and click on the “Highbank Holdup” logo on the front page.