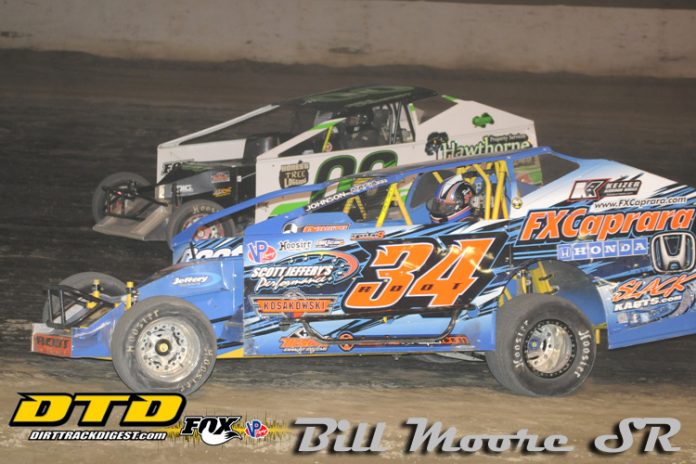 FULTON, NY – The 2018 racing season kicks into high gear this Saturday, May 5th when Ferris Mowers presents the fastest, family entertainment value in Central New York at the Fulton Speedway.


Ron Davis III, the 2017 Brewerton Speedway & Fulton Speedway SUNY Canton DIRTcar Sportsman track champion has moved up to the 358s. Three other Sportsman racers, Todd Root, Glenn Forward and Tyler Trump are also set to do battle in the 358 Modifieds. Talking to all four of them during the off-season the common thread for moving up was the 358s were affordable compared to a big block.

“With the explosion of the DIRTcar Sportsman class we need to give racers a way to broaden their horizons,” said Brewerton Speedway and Fulton Speedway track owner John Wight back in September when it was announced the change to small blocks at the Fulton Speedway. “With the cost of a big block engine being cost-prohibitive for many teams, an alternative has to be used for the future of the sport.”

The SUNY Canton DIRTcar Sportsman will see a new champion at the Fulton Speedway with the above-mentioned Ron Davis III no longer in the division. In 2017 car counts were high enough that all but one week two feature races were run.

In the tough Billy Whittaker Cars & Trux RUSH Late Models, it came down to the final event in 2017 to decide the track champion where Kevan Cook took the title by two points over Jason Parkhurst. This season looks to be no different in the exciting Late Models.

The E&V Energy Novice Sportsman has proved to be a great class to learn racing an open wheel car. Last season, like the regular Sportsman, most weeks two features were run due to the car counts.

The Fulton Speedway is pleased to welcome back marketing partner Ferris Mowers.

Ferris Industries are the commercial mower specialists. They have earned their reputation by delivering their customers high quality products and solutions for over 100 years. You can be sure Ferris will keep you on the cutting edge, with innovative mower designs and technology, for years to come.

Ferris mowers are the only mowers in the industry that offer patented suspension technology. Experience the difference suspension makes! Ferris…Go The Extra Yard!

To see all that Ferris has to offer, and to find a dealer near you please visit www.ferrisindustries.com. As always, remember to support those who support racing.