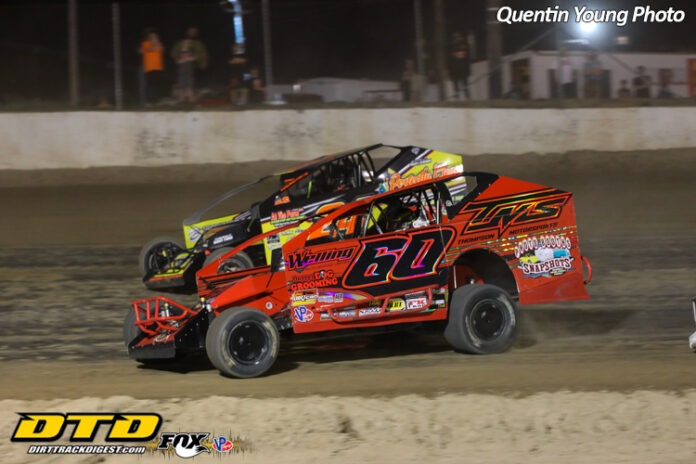 FULTON, NY – After an exciting Enduro and successful Test & Tune the intensity gets turned up at the Fulton Speedway this weekend on Friday & Saturday, April 29-30 with the return of the popular ‘Highbank Holdup’ Weekend.

Joining the Empire Super Sprints will be the new division at the speedway the Billy Whittaker Cars & Trux Hobby Stocks, the lightning quick AmeriCU Credit Union Mod Lites plus open practice for all divisions.

n Saturday, April 30 the high-speed thunder of the DIRTcar 358 Modified Series will battle it out for 60-laps and $4,000-to-win. The pits will be packed with invaders and Fulton regulars alike as a field of over 40 of the Northeast’s best small block pilots is expected.