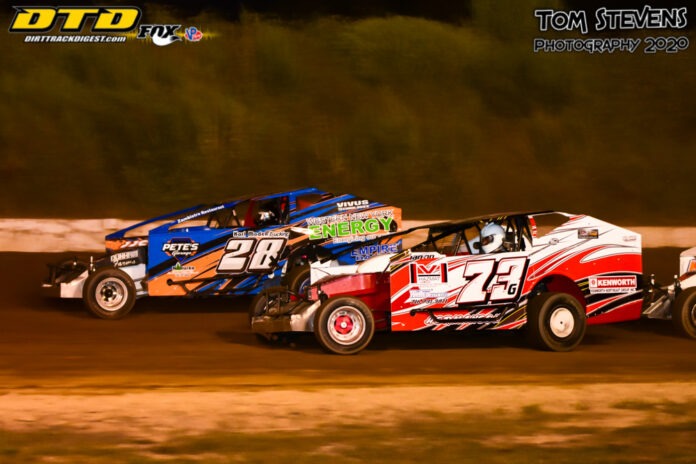 BATAVIA, NY – It isn’t hard to fathom that this year’s schedule at Genesee Speedway will trump that of 2020, but what has been unveiled could well be the strongest in the history of the 1/3-mile dirt oval.

An impressive 20 race dates have been reveled for 2021 at the Genesee Speedway. This will be the sixth year racing at the Genesee County Fairgrounds under the promotion of Jim and Pam Johnson. After New York restricted racing to just 11 events last season, they wanted to make sure that both racers and fans would be able to get their fix this summer.

After two practice sessions in April the racing will get real on Saturday, May 1. A week later, the Empire Super Sprints will kick off their season with their first event in Batavia since 2007. After being unable to run in 2020, this is a highly-anticipated date for the return of the series that began in 1983, coincidently the same year that the Genesee Speedway dropped the green flag.

The other “Super” series invading “The Place to Race” will be the ULMS Super Late Models. Their first of two appearances will come on Thursday, July 8th for a $3000-to-win event, when they join forces with the mighty modifieds, who will be making their lone appearance of 2021 for the $5000-to-win “Gladiator” Big Block/Small Block Challenge. The Rush Pro Mods will also make their lone appearance on a night that surely is one to circle.

The RUSH Late Model Touring Series will invade more frequently than ever, with 3 appearances on the docket. The traditional early season appearance will occur on Saturday May 29th. RUSH LM Series will also run a pair of tour events as part of the Topless Weekend on Friday September 24 and Saturday September 25. The Topless Weekend will also feature the RUSH Topless Sprint Cars as well as the weekly Sportsman, Street Stock and Mini Stock competitors looking to defend their turf.

Other unique events include the DIRTcar Sportsman Tour on Saturday, July 31st. THE ULMS will once again be on hand on Saturday, August 14th. There will also be a number of memorial races including events for Gene Dewitt (May 1), Brian Ace (May 15) and Terry Pangrazio (July 31), along with a “Light Up the Night for Kenzie” on Thursday, June 17th.

The five weekly divisions will be part of all 17 point races from early May to early September. Led by the Cornerstone Eye Associates RUSH Late Models and the Stirling Lubricants DIRTcar Sportsman, weekly racing will be fortified by the Yasses Trucking and Construction Street Stocks and the Pellegrino Auto Sales Mini Stocks once again. Back for their second year will be the Novice Sportsman, this year reinforced by support from Stirling Lubricants. Stirling Lubricants and the Champion Racing Oil Brand will also be creating bundle packs for many of the divisions in competition as part of their ever-growing support. It should be noted that the Bandits, which have been a mainstay on the schedule for over a decade, will be evaluated closer to the start of the season based on car counts. 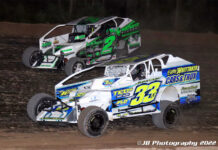