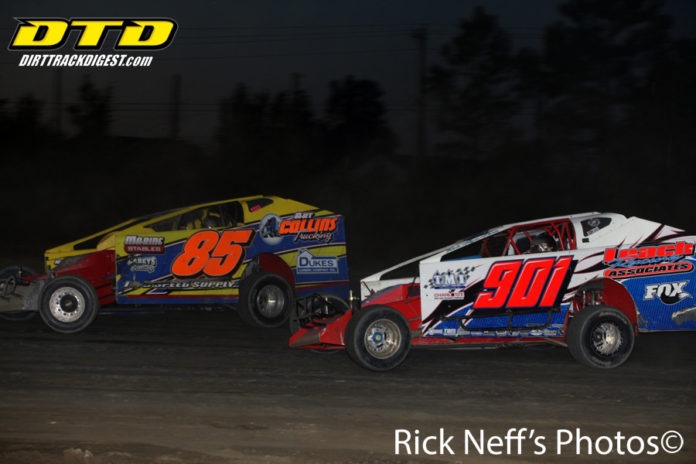 GEORGETOWN, DE – After a highly successful resurrection of auto racing last season at Georgetown Speedway, plans have taken shape for 2017 at the historic facility.

Ushering in the new season with the theme ‘the tide has turned’ the historic oval is set for an ambitious ’17 campaign featuring a number of high-profile, unique special events.

BD Motorsports Media LLC has signed a three-year lease extension to continue racing at Georgetown, securing the future of competition at the Sussex County track.

The season, as it did a year ago, gets underway in March with the running of the Melvin L. Joseph Memorial on Saturday, March 11, the opener for the South Region of the Short Track Super Series (STSS) for big-block/small-block Modifieds, a 49-lap main paying $4,900 to win and $490 to take the green flag.

The March 11 opener will be preceded by practice sessions on March 4 and March 10.

Thanks to a partnership with Potomac (Md.) and Winchester (Va.) speedways, Super Late Models take part in a Tri-State Challenge on May 11, a 40-lap event paying $4,000 to win and $400 to start. The three-race mini-series continues at Potomac May 12 and Winchester May 13.

Both NASCAR weekends at nearby Dover International Speedway are occupied with Friday night racing at Georgetown.

United Racing Club (URC) 360 Sprint Cars make the trek to Delaware to compete in a doubleheader with the Modifieds on Friday, July 21.

For the first time in speedway history, the World of Outlaws Craftsman Late Models will invade Georgetown on Thursday, August 17 with the running of the Fulton Bank 40.

A trademark event in its fourth year, the ‘Blast at the Beach’ for STSS Modifieds is set for Tuesday, August 30, a 35-lap main offering $5,000 to win and $400 to start co-promoted by Eric Kormann.

A first-time event that was highly successful in its debut, the Mid-Atlantic Championship Weekend returns to Georgetown on Friday-Saturday October 28-29.

The two-day program will feature 10 divisions of auto racing headlined by the STSS Modified championship program ($5,000 to win), Super Late Models ($5,000 to win) and small-block Modifieds ($3,000 to win).

The schedule remains subject to change and additions/alterations are possible.

Season passes and reserved pit parking spots are on sale now. Forms for each can be found at the following link: http://www.thegeorgetownspeedway.com/?page_id=78

Schedule is subject to change. Additional classes could be added at a later date.