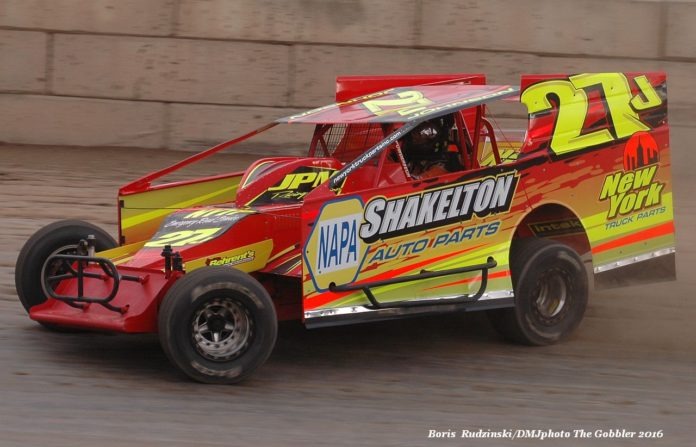 When the Northeast Modified campaign gets the green flag in Delaware at Georgetown Speedway on Saturday, March 11, Mann turns over the controls of his potent Modifieds to “the Doctor” Danny Johnson. Mann said the combo’s first ‘17 start together would take place in the Bob Hilbert Sportswear Short Track Super Series (STSS) Fueled By VP Melvin L. Joseph Memorial lid-lifter at the Georgetown half-mile.

Mann and his Wurtsboro, N.Y.-based team will focus on STSS competition, both in the Halmar International North Region and Velocita USA South Region of the series.

“We’re focusing on the Short Track Super Series races,” Mann said. “We aren’t planning to run the car anywhere on the weekends. It works better as a team owner to race these shows where the payout is good. We’ll be at every North and South race that Danny is able to run without conflicts on his schedule. It looks like we’ll hit about 90 percent of the races.”


The pair made their debut as a team last December at N.Y.’s Accord Speedway for the ‘Gobbler’ finale and showed their form with a heat-race victory. However, a series of early tangles in the main event left them on the sidelines and anxiously awaiting the March opener.

“Danny’s record on the track speaks for itself,” Mann said. “Right now it works for me and for him to do this type of schedule. I’m looking forward to it.”

Mann and Johnson have plenty of reason to be optimistic heading into the Melvin L. Joseph Memorial Georgetown opener. Mann’s car – with Anthony Perrego at the wheel – won last year’s 49-lap event.

Johnson, meanwhile, made the long haul south from his Rochester, N.Y., home last November to run the Georgetown Mid-Atlantic Championship finale and – utilizing a unique line – nearly stole the show, finishing runner-up to Pennsylvania’s Rick Laubach in the 40-lap main.

The Melvin L. Joseph Memorial is the first of eight STSS Velocita South Region events to be contested in 2017 and launches the series’ lucrative championship battle.

Joining the STSS Modifieds on the program are the Crate 602 Sportsman paying $1,000 to win and $100 to start plus Southern Delaware Vintage Stock Cars, Little Lincolns, Delmarva Chargers and Delaware Super Trucks.

Overnight camping will be permitted on site and teams may leave their haulers in the pit area from Friday to Saturday.

The recently remodeled Quality Inn (formerly Comfort Inn) just north of the speedway on Route 113 in Georgetown, is offering the following discounted rates for the Melvin L. Joseph Memorial on both Friday and Saturday nights: $98.10 for Double Beds; $89.10 for a King Size bed; $107.10 for a Suite. Call the Quality Inn directly at 302.854.9400 and mention Georgetown Speedway to receive the discount.