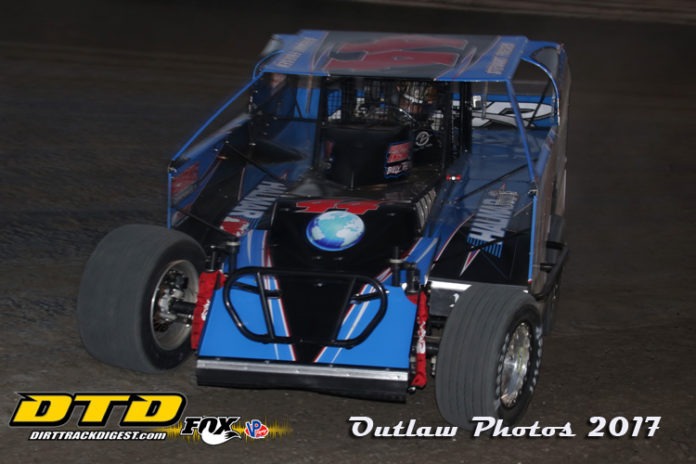 GEORGETOWN, DE – Stewart Friesen has a full slate of NASCAR Camping World Truck Series racing on his plate in 2017. But that doesn’t mean he will leave the dirt tracks behind.

A year ago, Friesen competed at Georgetown on three occasions and won twice: the Deron Rust Memorial small-block special in March and later, in August, the ‘Blast at the Beach’ following an epic side-by-side battle with Ryan Watt for the lead.

“We had a lot of fun racing at Georgetown last year,” Friesen said. “It’s a long tow, but it’s a cool, historic place. It’s one of the fastest tracks we race on.”


Friesen has followed off-season improvements at the facility over the winter months and is anxious to check out the new clay, increased banking and renovations first-hand in a few weeks.

“All the work going down there looks awesome from the pictures I’ve seen online,” he said. “I’m looking forward to getting out there and racing on it.”

Friesen is a full-time NASCAR Camping World Truck Series racer this season. While the Truck is a priority, he will chase a busy Modified schedule of approximately 40-50 races; many of which are on the STSS schedule.

“The Truck races are mainly on the weekends,” he said. “We’ll hit a lot of the STSS races that are mid-week. It fits our schedule well.”

Overnight camping will be permitted on site and teams may leave their haulers in the pit area fromFriday to Saturday.

The recently remodeled Quality Inn (formerly Comfort Inn) just north of the speedway on Route 113 in Georgetown, is offering the following discounted rates for the Melvin L. Joseph Memorial on bothFriday and Saturday nights: $98.10 for Double Beds; $89.10 for a King Size bed; $107.10 for a Suite. Call the Quality Inn directly at 302.854.9400 and mention Georgetown Speedway to receive the discount.