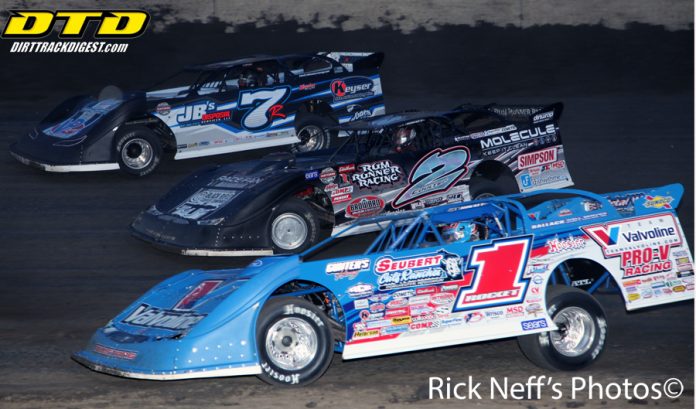 GEORGETOWN, DE – Thursday, August 17 will stand out in the storied history of Georgetown Speedway.

For the first time ever, the World of Outlaws (WoO) Craftsman Late Models will invade the Sussex County half-mile oval for the ‘Fulton Bank 40’ paying $10,000 to win. Not only is this a first for the WoO Late Model competitors at Georgetown; there has never been a $10,000-to-win race at the storied facility.

Super Late Model racing has been highlighted during the past two seasons at Georgetown with a number of high-profile events including a visit by the Ultimate Super Late Model Series, the year-end Mid-Atlantic Championship Weekend and most recently the Independence Day Summer Classic.

Bringing in the WoO brand adds a marquee program for the division.

“When this opportunity came up, it was a no-brainer,” Georgetown promoter Brett Deyo said. “This event will put our speedway on a national stage and give our Mid-Atlantic region drivers a huge payday.”

Joining the WoO contingent on the August 17 program are Delmarva Chargers, Delaware Super Trucks and Little Lincolns in feature-only programs.

All seating for this event is general admission.

In the event of inclement weather, a Friday, August 18 rain date is in place.