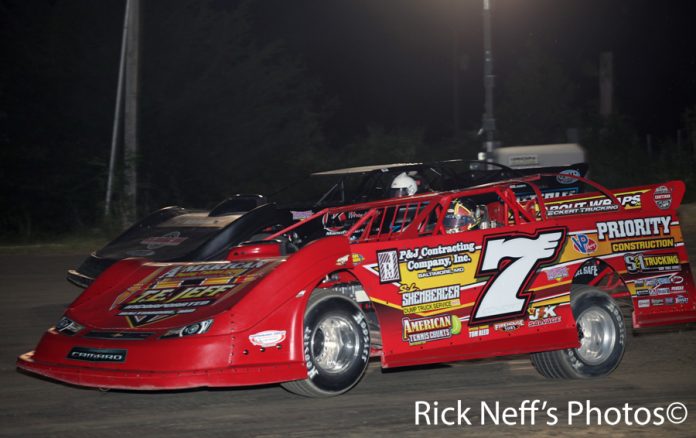 CONCORD, NC- The World of Outlaws Craftsman® Late Model Series is heading to Georgetown Speedway on August 17, 2017 for the Fulton Bank 40. This upcoming shootout is the only time the Series will invade Delaware during the 2017 season.
The Outlaws are excited to hit the historic track in Sussex County for the first time in Series history. The visit marks a first, not just for the Outlaws, but for the track as well with a $10,000-to-win Feature. Never before has a check of that size been handed out at the speedway.
“When this opportunity came up, it was a no-brainer,” said Georgetown promoter Brett Deyo, according to a speedway press release. “This event will put our speedway on a national stage and give our Mid-Atlantic region drivers a huge payday.”
Founded in 1949, Georgetown Speedway is located only 25 minutes from the hometown of 2010 World of Outlaws Craftsman Late Model Series Rookie of the Year Austin Hubbard. The Delaware Destroyer has had recent success at the half-mile, claiming the checkers on July 2 during the Speedway’s Independence Day Summer Classic – his second of two wins so far this season.
Additional Rookie of the Year recipients will also collide at the half-mile dirt oval, including Eric Wells (2013), Frank Heckenast Jr. (2014), and 2017 Rookie of the Year contender Devin Moran. Throughout the season, Wells has collected six top-five finishes, Heckenast Jr. has nine top-10s, and young gun Moran has collected four podium finishes, including one win.
The World of Outlaws Craftsman Late Model Series brings 11 of the best Late Model drivers in the nation to the Georgetown Speedway stage on August 17. Will a former rookie be able to best the field at the half-mile? Will a former Series Champion like Shane Clanton (2015) or Rick Eckert (2011) claim another Series win this season? Or will a local or regional racer claim the biggest payday of their career and join Late Model legends in the history books? The story will unfold in a few weeks’ time.
To purchase tickets for the upcoming World of Outlaws Craftsman Late Model Series event at Georgetown Speedway click here.