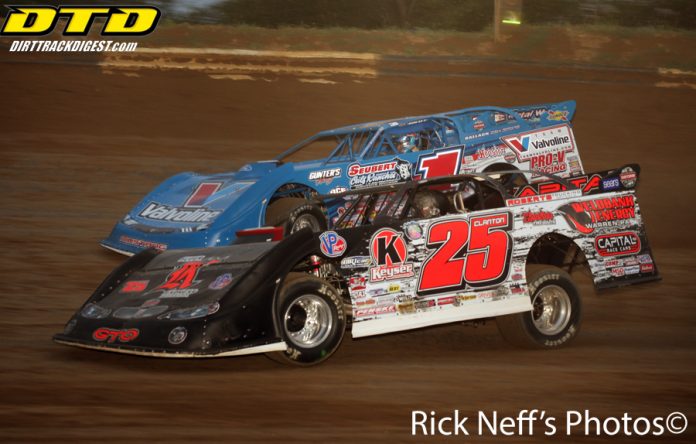 GEORGETOWN, DE – The Outlaws are coming!

In their only appearance this year not only in the state of Delaware – but the surrounding Mid-Atlantic area – the World of Outlaws (WoO) Craftsman Late Models invade Georgetown Speedway this Thursday, August 17 for the ‘Fulton Bank 40’ paying a massive $10,000 to win.

The national WoO touring stars are set to tackle the fast half-mile oval, led by Brandon Sheppard of New Berlin, Ill., who has won 12 of 31 events thus far on the circuit with the Rocket Chassis house car. Chris Madden of Gaffney, S.C., and Shane Clanton of Zebulon, Ga., each with four wins, sit second and third, respectively.


Delaware drivers are gearing up for the ‘Fulton Bank 40’ to keep the cash in their home state, led by the most recent Georgetown Super Late Model winner Austin Hubbard of Seaford; Ricky Elliott of Seaford; Mark Pettyjohn and Kenny Pettyjohn, both of Milton; Amanda Whaley of Millsboro; Ross Robinson of Georgetown; Donald Lingo Jr. of Millsboro; Nick Davis of Gumboro; and many more.

A number of regional invaders are expected, led by defending Potomac (Md.) Speedway and Winchester (Va.) Speedway champion Dale Hollidge of Mechanicsville, Md. Hollidge is a past Georgetown victor, having topped the Ultimate Super Late Model Series visit in 2016.

Super Late Model winners in 2017 at Georgetown have been Chad Hollenbeck of Kingsley, Pa., in May and Hubbard in July.

In the event of inclement weather, a Friday, August 18 rain date is in place.