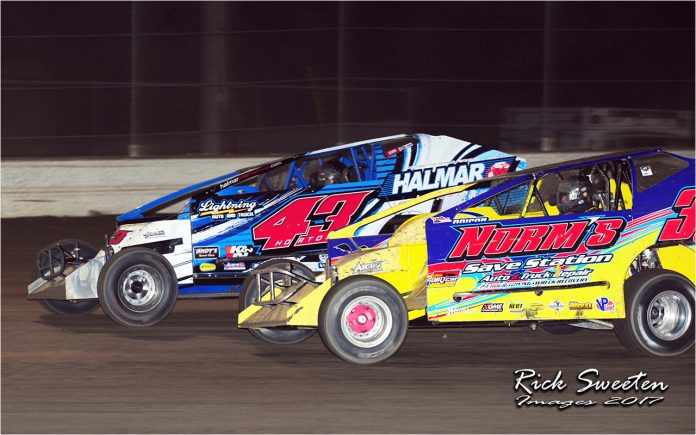 GEORGETOWN, DE – Modified racing at Georgetown Speedway this season has been ultra-competitive.

Just take a look at the winners.

A virtual “who’s-who” list of big-block/small-block competitors has graced Victory Lane at the historic half-mile oval, leaving fans to question who will be next when racing returns on Friday, September 29 for the ‘September Showdown’ paying $3,000 to the winner and $250 to start.

The season began on a blustery, cold March afternoon with the Melvin L. Joseph Memorial. After 49 laps around the Georgetown oval, Neshanic Station, N.J., driver Jimmy Horton put his Halmar International No. 43 into Victory Lane for the Short Track Super Series-sanctioned event.

The next event was a rain-prompted, rare Monday night show on May 15. The winner made the long haul south from Rochester, N.Y., to compete. “The Doctor” Danny Johnson bested the field in Jeff Brown’s race car.


June 2 brought the return of the Deron Rust Memorial and a hefty $3,396 payday to competitors. After participating in the NASCAR Camping World Truck Series event at nearby Dover, Del., in the afternoon, Sprakers, N.Y.’s Stewart Friesen drove from 13th to the win after a late pass of Jamie Mills.

Most recently, Oley, Pa.’s Duane Howard guided the Norm Hansell-fielded No. 357 to the ‘Blast at the Beach 4’ triumph on Aug. 30 worth well over $6,000, his first-ever Short Track Super Series score.

Five Modified races, five different faces. Can there be a sixth with $3,000 on the line for the ‘September Showdown’ on Sept. 29?

Complete event information can be found at the following link: http://www.thegeorgetownspeedway.com/?page_id=884

The night’s order of events has been posted: http://www.thegeorgetownspeedway.com/?page_id=892