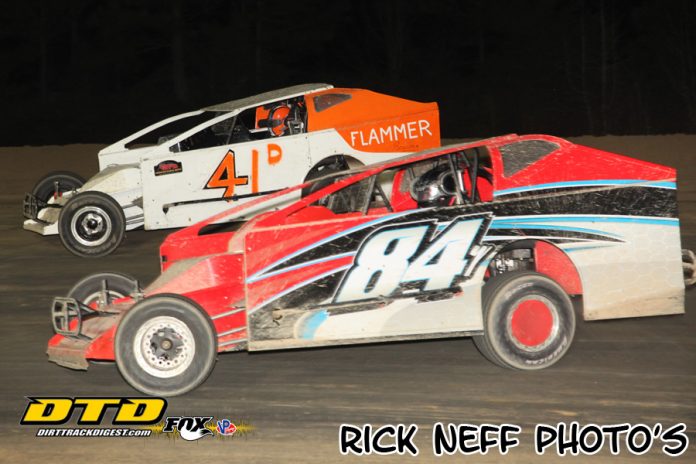 Yankowski and another youngster – Dylan Swinehart – traded the lead during the race’s first half before Swinehart pulled to the infield, ending his bid.