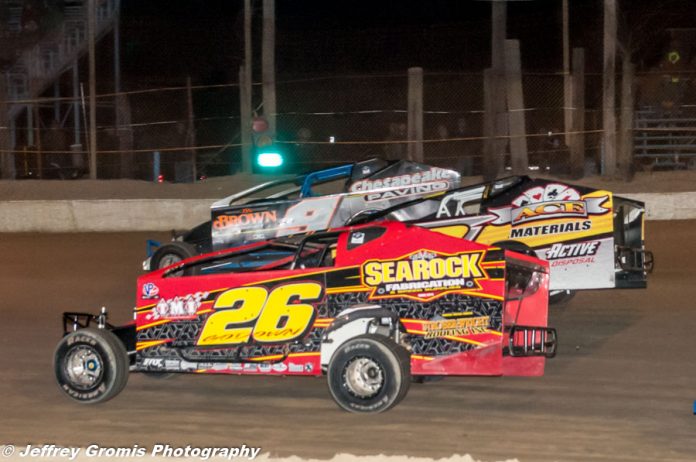 GEORGETOWN, DE – As Delaware’s top source for John Deere equipment, Taylor & Messick has long been known in the First State for its ‘Long Green Line’ of inventory.

On Thursday, April 19 at Georgetown Speedway, Taylor & Messick is offering a different kind of “green” to Sunoco big-block/small-block Modified racers.

The ‘Battle of the Bay’ 25-lap big-block/small-block Modified event at the historic half-mile will now offer an increased $4,000 to win thanks to Taylor & Messick.

“The Messick family has done so much for auto racing on Delmarva over the years,” Georgetown promoter Brett Deyo said. “We’re thankful they continue to reward the drivers and support the sport at both Delaware dirt tracks.”

The night’s sponsorship increased the winner’s share by $1,000 over the previously announced $3,000.


Taylor & Messick is Delaware’s leading outlet for John Deere tractors, farm equipment and John Deere lawn and garden equipment. The hometown dealer located in the ‘Hub of Delaware’ was founded by Walter and Marie Messick in 1951 and remains in the Messick family today.

Taylor & Messick is located at 325 Walt Messick Road Harrington, Delaware and can be contacted by phone at 302.398.3729 or online at www.taylormessick.com.

In addition to the dealership, Taylor & Messick Inc. includes Messick’s Agricultural Museum which opened in 1976.

For the first time in history, the Sweeney Chevrolet Buick GMC RUSH Dirt Late Model Touring series invades Georgetown in an exciting doubleheader on April 19 with $2,000 reserved for the winner.

This inaugural visit – which will attract competitors from across the Northeast and Mid-Atlantic – is part of a four-night ‘Speedweek’ that includes Delaware International Speedway in Delmar, Del. (Wednesday), Georgetown Speedway (Thursday), Potomac Speedway in Budd’s Creek, Md. (Friday) and Winchester (Va.) Speedway (Saturday).