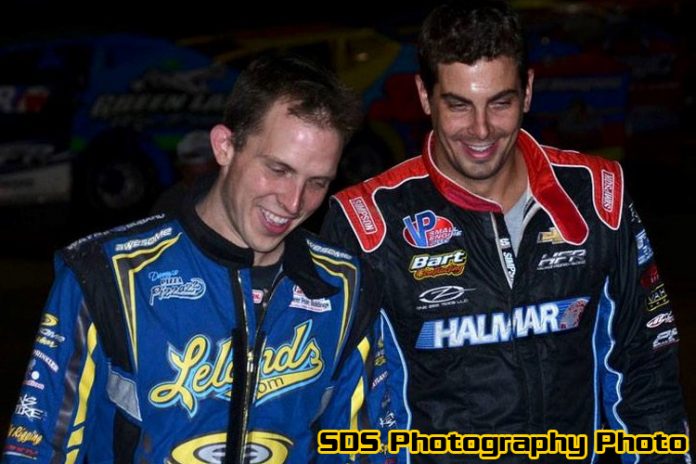 And two of the weekend’s big-money winners are heading south to chase it.

Billy Pauch Jr., who won both Friday night’s opener at Big Diamond Speedway in Minersville, Pa., and Saturday’s lid-lifter at New Egypt (N.J.) Speedway, and Stewart Friesen, the victor in the Bruce Rogers Memorial Saturday at Grandview Speedway in Bechtelsville, Pa., have both set plans to invade the Delaware half-mile oval for ‘Battle of the Bay’ on Thursday night.

Initially, the Sunoco Modified portion of Thursday night’s event was slated to pay $3,000 to win.

That number has grown significantly for a 30-lap main.

Then, Stockley Materials – with locations in Georgetown and Nassau, Del. – added the ‘Roll the Dice Challenge’ presenting a driver with the opportunity to win $6,000 with a $50 pre-race ‘Gambler’s Fee’ posted or $5,000 with a lesser $25 ‘Gambler’s Fee’ paid.

“The money is awesome for a Thursday night show,” offered Frenchtown, N.J.’s Pauch, who will drive the Daniel Sommeling-owned No. 51. “We had a good time down there in March and came away with two top-five finishes on the new banking.”

“It’s cool to see a track working hard to raise the purse like that,” added Friesen, of Sprakers, N.Y., who will drive the Halmar International No. 44.

Joining the Modifieds is the inaugural appearance by the Sweeney Chevrolet Buick GMC RUSH Dirt Late Model Series with a 30-lap main event paying $2,000 to the winner.

RUSH officials cite strong feedback from drivers across the Northeast. Potentially more than 40 RUSH Late Models could hit the Georgetown clay for this event!