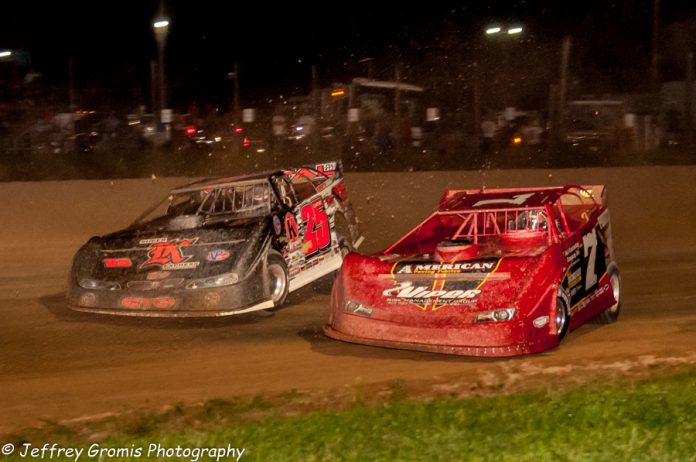 CONCORD, NC – The World of Outlaws’ first-ever visit to Georgetown Speedway last year packed the house with fans eager to witness history for the inaugural Fulton Bank 40. This year, the excitement for the August 16 event builds on last year’s Rookie vs. Veteran battle on the fast clay oval.

The largest paycheck ever written by Georgetown Speedway left in the hands Devin Moran and his team last year after a dominating flag-to-flag performance on the half-mile dirt track. The then Rookie of the Year contender was able to defend his lead position from home state hero Austin Hubbard and eventual Series Champion Brandon Sheppard, who followed him through the checkers. This marked his second and final win of the season.

Just short of the podium was 2011 Series Champion Rick Eckert, the only full-time driver on the tour already familiar with the track, hence the man to watch. Eckert finished second after a last-lap pass by regional racer Dale Hollidge during a 2016 Ultimate Super Late Model Series event at Georgetown Speedway.

Known as a king of the half-mile, Rick Eckert will be looking to improve last year’s finish and piggy-back off of his recent podium finish at Ogilvie Raceway, while Moran battles for win number two of the season again.