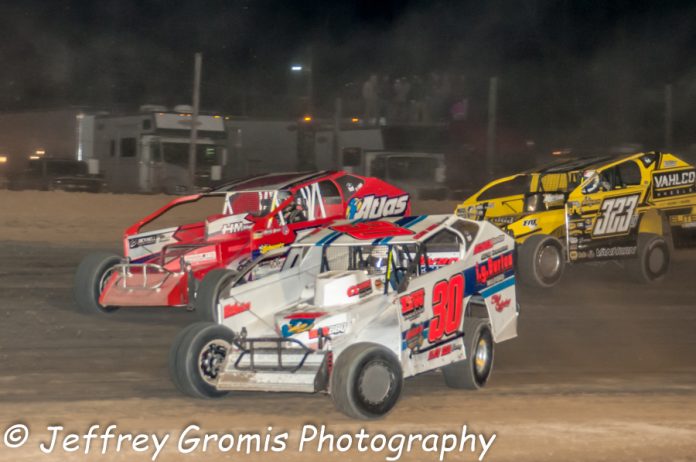 GEORGETOWN, DE – The anticipated 2019 season at Georgetown Speedway is beginning to take shape with the first on-track action planned for March.

L&J Sheet Metal, based in Laurel, Del., has taken on the role of title sponsor for the Sussex County facility’s big-block/small-block Modified division in the upcoming season. Meanwhile, Sunoco Race Fuels, via distributor Insinger Performance, will claim naming rights of the Super Late Model division.

A total of three STSS-sanctioned events are on the schedule, including the nationally televised ‘Blast at the Beach’ on Tuesday, Aug. 27 and the Mid-Atlantic Championship to conclude the season on Friday-Saturday Nov. 1-2. The fall weekend includes small-block Modifieds on Friday and the STSS Modified Championship Round for the Velocita-USA South Region presented by Design for Vision and Sunglass Central on Saturday.

Sunoco Race Fuels, the official fuel of Georgetown Speedway, signs on as the title Super Late Model division sponsor for ’19. As the largest manufacturer of racing gasolines in the world, Sunoco has a 40-year track record of winning performances. With an expanded product line, Sunoco offers drivers more choices than ever before. Learn more at www.sunocoracefuels.com. The Georgetown partnership with Sunoco is facilitated by regional distributor Insinger Performance of Dushore, Pa.

Super Late Models make their season debut on Thursday, April 19 with the Mark Williams Memorial offering $3,026 to the winner. Super Late Model competitors race for $3,500 to win as part of the ‘Clash for Cash’ on June 28, a record $12,000 to win on Thursday, Aug. 15 and $5,000 to win during Mid-Atlantic Championship Weekend Friday-Saturday Nov. 1-2.

For a complete 2019 Georgetown Speedway schedule, visit the speedway website at the following link: http://www.thegeorgetownspeedway.com/?page_id=28